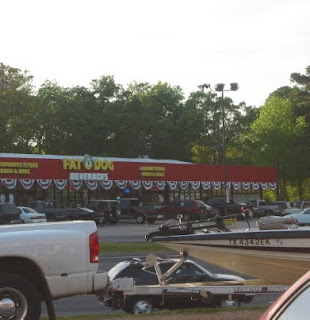 
Imagine! April 5 and a huge ice storm had begun the day before causing Air Canada to cancel all flights. We rise at 3:30 am never believing we would get off the ground at 7:15 am. Limo arrived at 4 am and we reached the airport at 4:45 am which was amazing considering the conditions on the roads. However, we forgot that Continental did not open their desk until 5:30 am. But due to the storm there was such a backlog that they had an attendant on duty. We were supposed to connect in Cleveland (also incapacitated by the storm) so the attendant decided to put us the 7:20 am flight to Houston with a 10:45 am departure to Dallas Fort Worh (DFW). Flight boarded on time, totally full, however we had to be de-iced so we finally took off at 8:30 am. Flight was quiet. We made some headway, Houston had been fogged in and flights delayed so there was a possibility we would make the 10:45 even though it was now 11:00. While waiting to de-board the pilot announced the stairs were broken! Another delay! Then the flight attendant called out certain cities and announced if you were connecting to one of those then you could pick up new boarding passes inside the terminal. We were booked on the 1:05 pm flight to DFW. 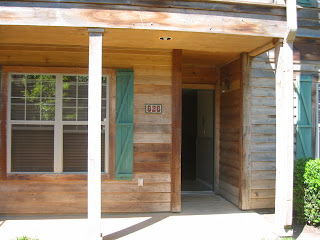 Finally picked up the car and we’re on our way! Drove through Dallas, missed a turn off the interstate but still managed to get to Flint. Checked in. Nice grounds, well spread out. Sliverleaf Units are 2 bedroom but very small. Less stocked than most. Not even a wine glass!

Went to Brooksides for groceries and asked where we could get beer. Kid brought the groceries to the car but refused a tip and said “Where y’all from?” Canada, Toronto. “Wow, you came a long way to visit east Texas”. Drove across the bridge of Lake Palestine to “Fat Dog Beverages”. Got beer, wine – Rosemount at $6.99! Again stuff carried out to car by staff. Before John could say anything the guy closed the trunk and the keys were in the trunk! Now it’s 6 pm Saturday night in rural Texas, what are the chances of getting someone to open the trunk??? Lo and behold – our saviour! 2 girls walk up and ask “Y’all locked out?” Mitch, our cousin over there is a locksmith! Mitch, young, good-looking, saunters over and said “Locked out? I’m a locksmith, $45? Sure, John hit the ABM. Turns out he was traveling in a pick up (natch with assorted teen age girls in cut off shorts) on the way to their gramma’s funeral. Girls thought we were so lucky that Mitch was there and how cool we were locked out. Mitch worked his magic and had it opened in 2 minutes.

Back to resort after a very long day. BBQ chicken, potato salad and to bed by 10 pm.

Apr 6 – woke to rain, thunder and tornado warnings. Lazy morning. Sat on deck watching the sky turning from blue to grey over and over.

Restaurants we ate in

Brangus - The Brangus breed was developed to utilize the superior traits of Angus and Brahman cattle. Their genetics are stabilized at 3/8 Brahman and 5/8 Angus.

Mutton Busting - Mutton busting is an event held at rodeos similar to bull riding or bronc riding. In the event, a sheep will be caught and held still while a child is placed on top in a riding position. Once the child is seated atop the sheep, the people holding the sheep let go and the sheep then starts to run in an attempt to get the child off. Often small prizes or ribbons are given out to the child who can stay on the longest. 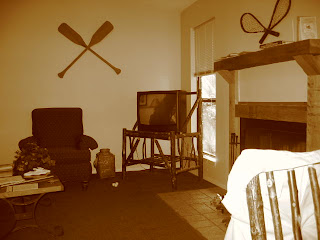