In the heart of downtown Stratford is Edison's a coffee shop and inn. Check out these rooms, I would consider staying here next time!

We stopped in for coffee. 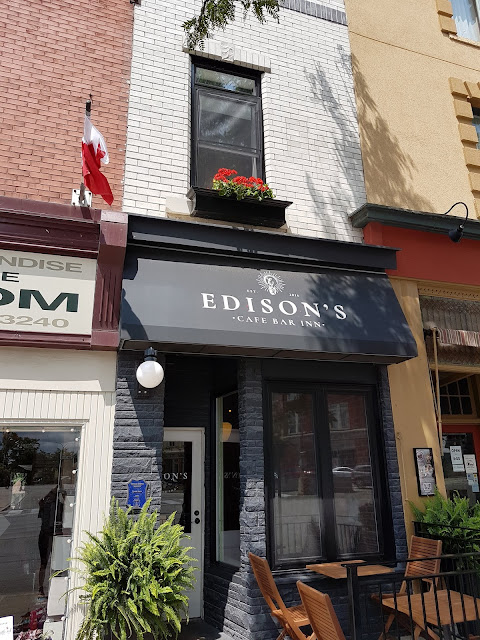 Thomas Edison – 46 Ontario Street
The prolific American inventor Thomas Edison (1847-1931) is hardly remembered as a telegraph operator, but it was in that capacity that he worked in the Grand Trunk Railway station in Stratford. 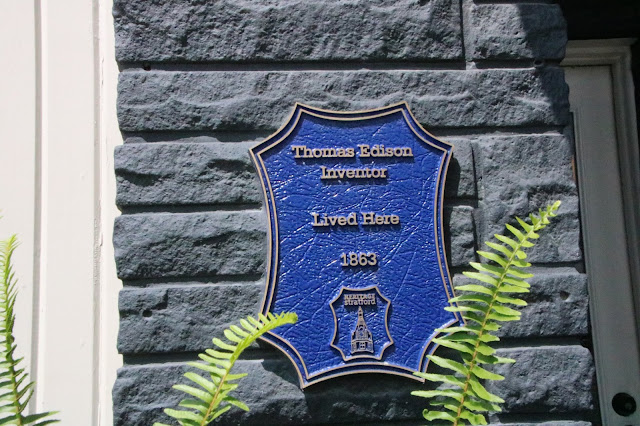 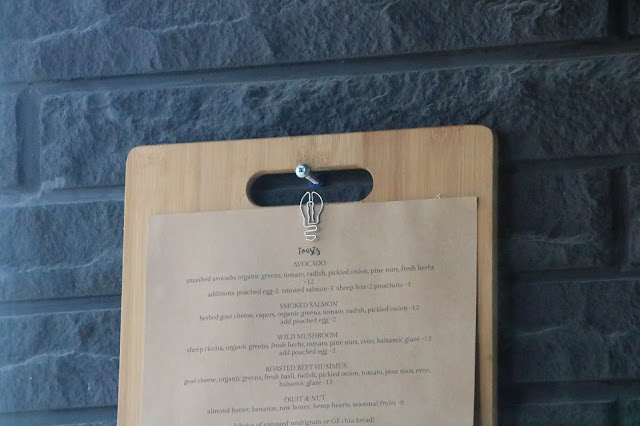 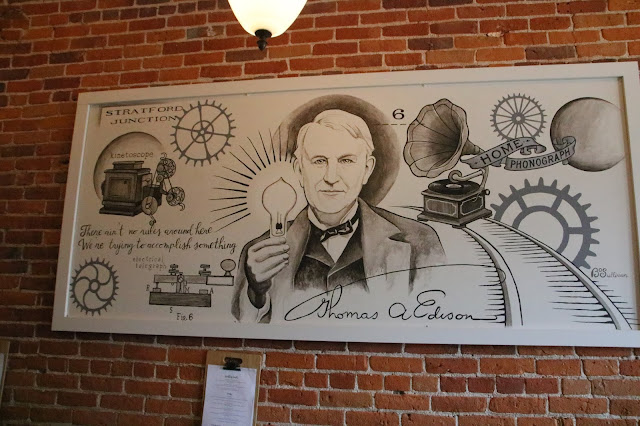 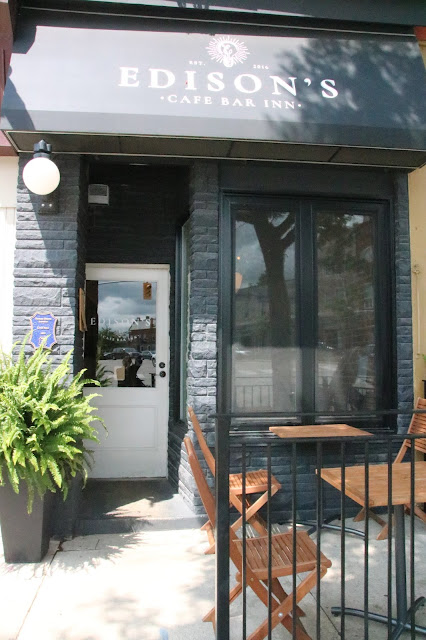