Starts with R - Toronto's streetcars are nicknamed Red Rockets.
The term "Red Rocket" was only taken up by the TTC as a marketing slogan in the early to mid 1980s. It was in widespread use throughout the 1970s thanks to John Downing of the Toronto Sun, who applied the nickname during a series of articles attempting to bend the will of the TTC in favour of retaining streetcars. John Downing got the idea for the term from John Bromley during a lunch meeting between the two and Mike Filey. John Bromley originally coined the term on March 30, 1954, to (in his words) "facetiously" describe the slow Gloucester cars operating on the newly opened Yonge line. The term remained in limited use amongst John Bromley's friends during the fifties and the sixties until John used it during the lunch meeting with John Downing, and the idea took off like a (ahem) rocket.

Here is one at going west on Queen at Spadina. 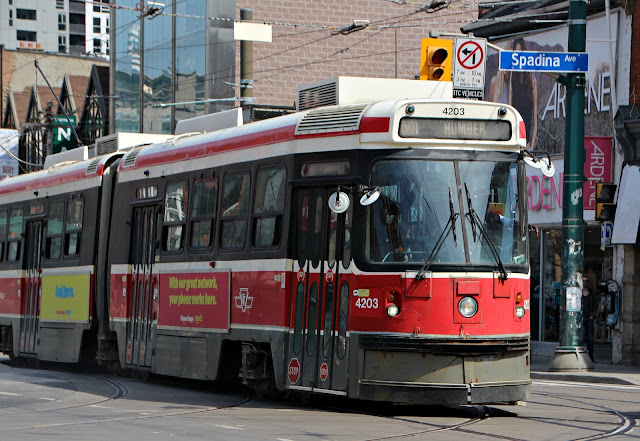 This is one of the new models going north on Spadina at Queen. 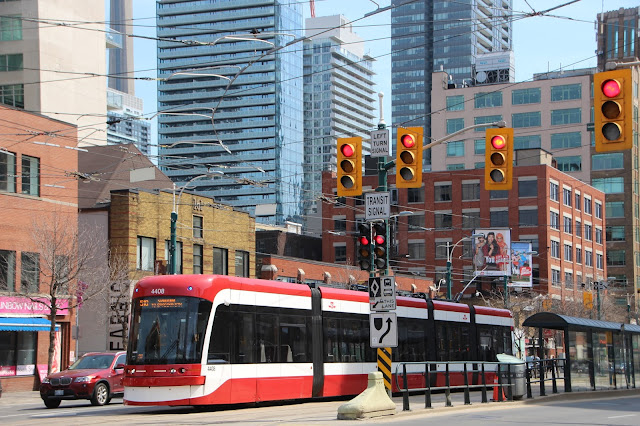 We can see the Humber Loop from our condo and spotted this streetcar all dressed up. 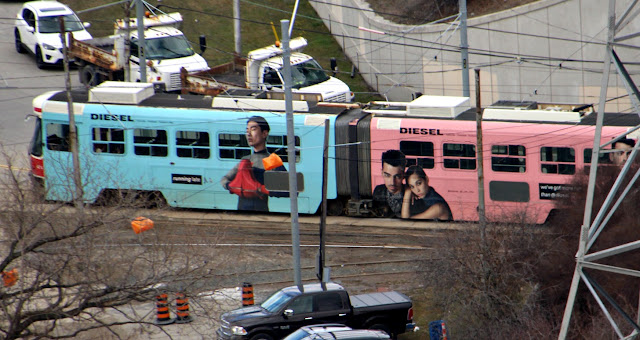 Week's Favourite - taken while waiting for shuttle outside Union Station. 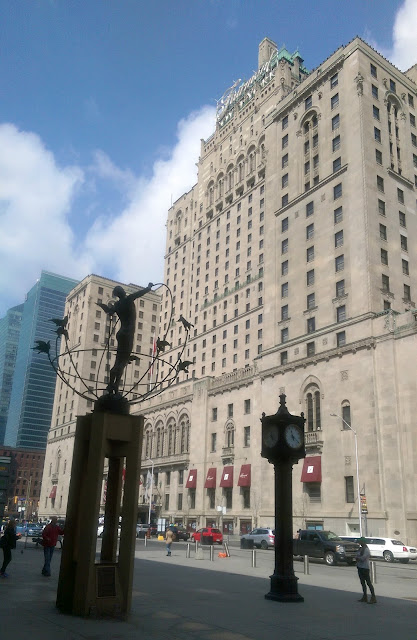 Well, that's easy as this week I framed some photos from Mexico and hung some fabric I had bought in San Miguel de Allende. I used a hanger, for now for the fabric until I can find a dowel or something more decorative. 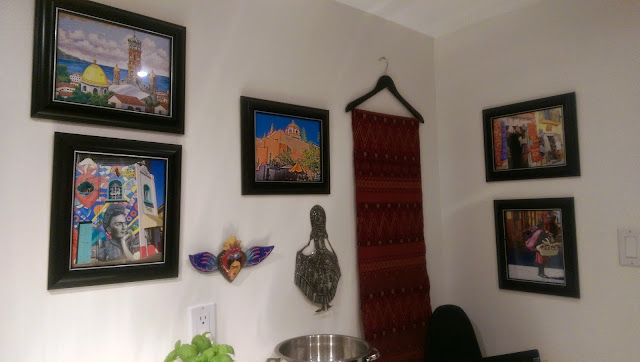