Designed by the architectural firm of Darling And Curry and built of red sandstone the Victoria Hospital For Sick Children opened in May 1892. It was the first hospital in Canada designed exclusively for pediatrics. Through the generosity of its benefactor John Ross Robertson the hospital incorporated the most innovative techniques available such as x-rays in 1896 and a milk pasteurization plant in 1909. The Hospital For Sick Children vacated the building in 1951.

The staff of this hospital led the fight in Canada for compulsory pasteurization of milk. In 1908, the first milk pasteurization plant in Canada was established here, thirty years before it became mandatory. The Nutritional Research Laboratory was established in 1918. The nutritional research of Drs. Alan Brown, Fred Tisdall, and Theo Drake led to the development of Pablum, a precooked baby cereal, that saved thousands of children from death and disease. 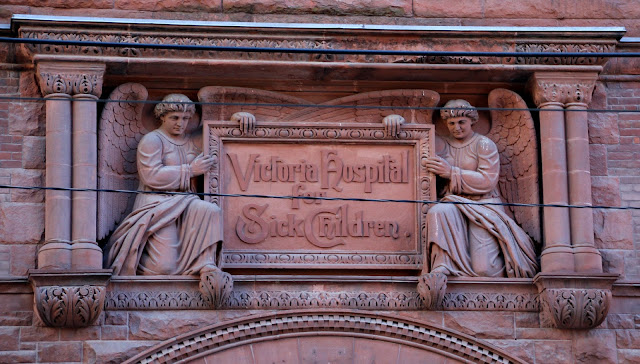 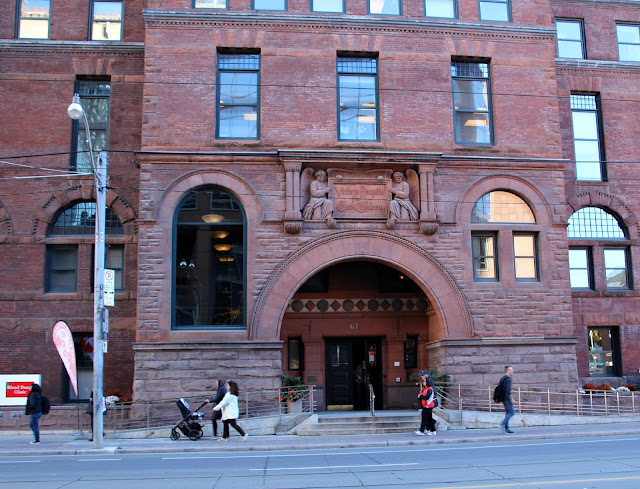