Wondrous Words Wednesday is a weekly meme where we share new (to us) words that we’ve encountered in our reading and is hosted by Bermuda Onion. 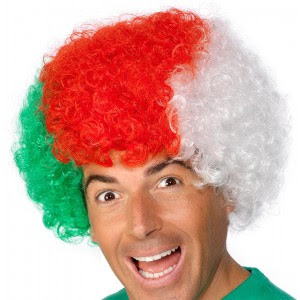 I read  John Brady's The Going Rate set in Dublin. The expression wigs on the green was used several times so I had to google it to understand what it meant.

It’s an intriguing expression though it’s seriously out of fashion, just as are the wigs it mentions. Wigs on the green refers to a fight, brawl or fracas, or to a difference of opinion that could lead to fisticuffs.This was when men wore wigs and they would fall off in the fracas scattering on the grass.