Today is the anniversary of John Lennon's death.

Photo taken at Central Park in August 2013 when visiting with friends. 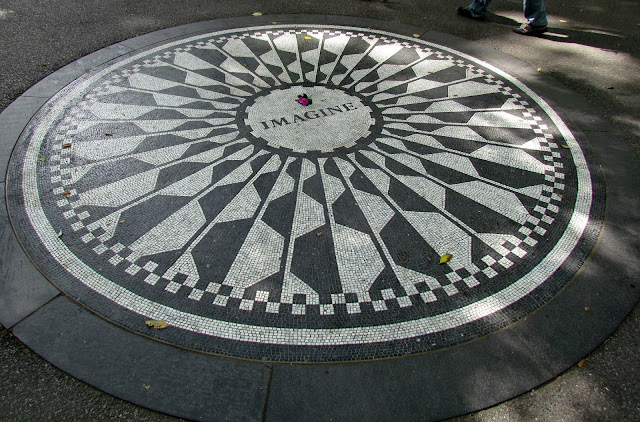 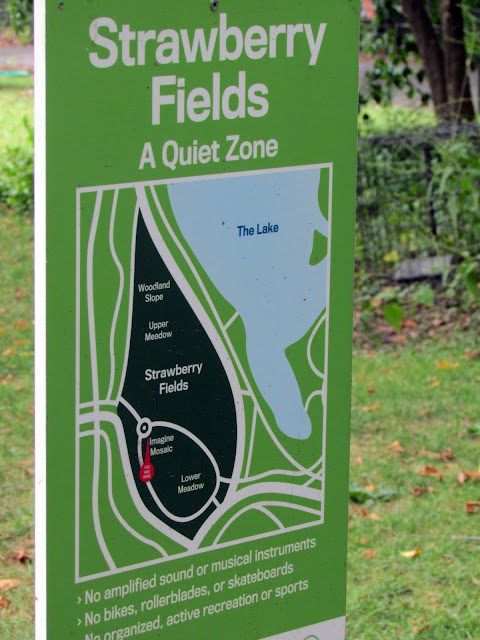 The Dakota where John lived and was shot on December 8 1980. The building is just across from Central Park. 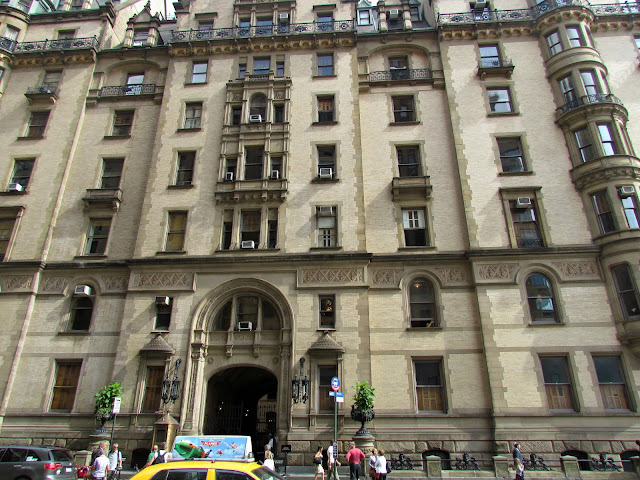 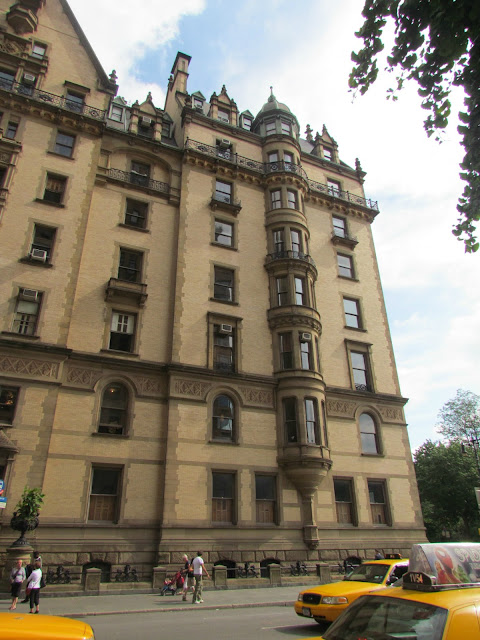 And yes, we watched as a car was driven through the gates with a little Asian woman in the back seat. It dawned on us that it was Yoko and the doorman more or less confirmed it with a smile when asked. 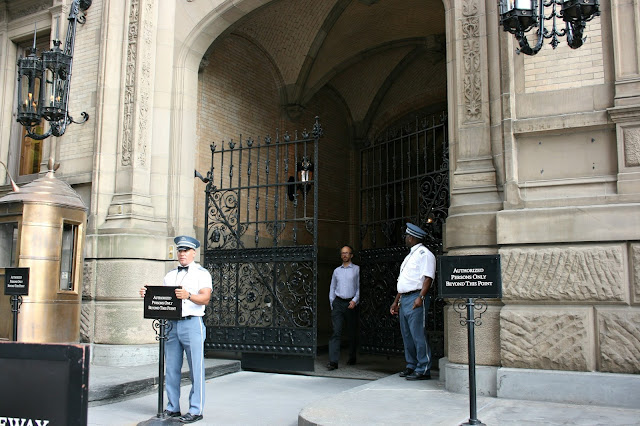