Your day starts with an optional city tour of Amsterdam, including a cruise along the enchanting canals. Later, return to the ship as she sets sail along the Ijsselmeer. Arrive in the pretty port of Volendam in the afternoon, where you can choose to join an optional excursion of the "Holland Waterland".

The next morning there was an optional guided bus and canal tour of Amsterdam for 41 Euros.
We had a leisurely breakfast which had a buffet and you could also select freshly cooked eggs from a menu.
We walked over to the Central Station and picked up water, potato chips and chocolate. 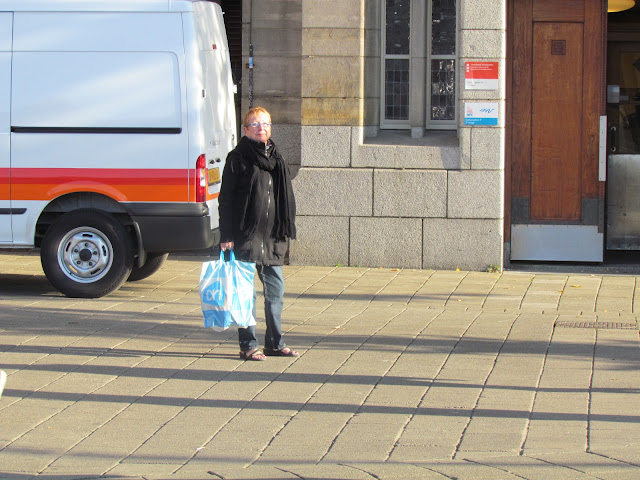 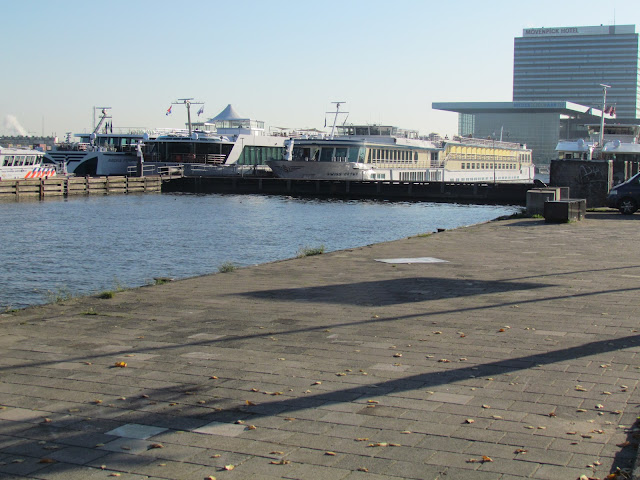 We set sail out of Amsterdam around noon and lunch was served at 12:30. Soup, salad and dessert are served buffet style and you select you main course from the menu. I had the Europa veal scaloppini and DH had the penne alabiata. This was a better meal than last night.

We approached Valendam around 2:30 PM. We took photos as we docked. It was a bright sunny day with a brisk wind.
The IJsselmeer (pronounced Eye-ssel-mar) is a huge man-made lake of 1,380 square miles, the biggest in Western Europe. Formed out of the ancient Zuider Zee, it lies just north and east of Amsterdam, which, in the 19th century, was on its shore.
By the late 19th century, a protective dike closed Amsterdam off from the IJsselmeer, and surrounding lands were filled to accommodate the growth of the city. In 1932, the Netherlands completed a 19 miles-long barrier dam-dike (Afsluitdijk), blocking off the northern entrance into the Zuider Zee, renamed the IJsselmeer. 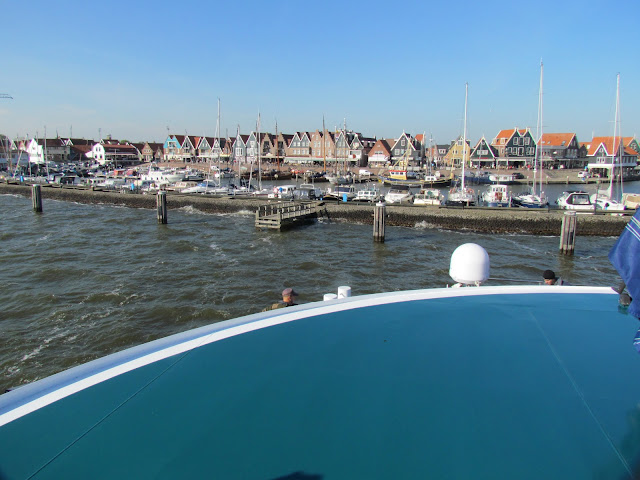 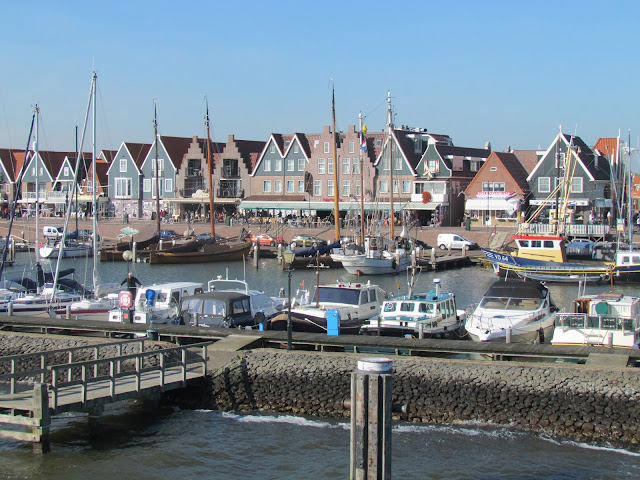 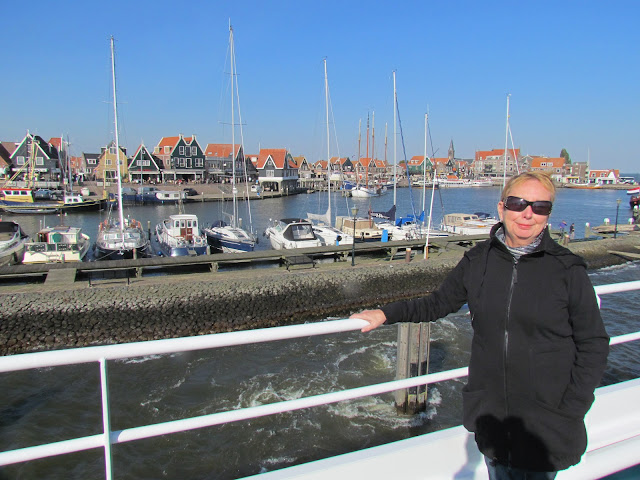 It is such a pretty little town and we chose to wander on our own. There was also an optional tour by bus to visit this town and the town of Edam where you could also see cheese being made.

What draws most travellers to Volendam, is the typical village centre with its old houses, the bustling harbour area and fishermen's town atmosphere. Just walking around the old centre gives you a feeling of the life style. The oldest part of the centre is sometimes called "the labyrinth", for its narrow streets and seemingly random plan.

We left the town at 6PM and sailed back towards Amsterdam to join the Rhine river and head south. We had been on the man made lake of Esell.

Tonight was the Welcome aboard presentation of the main crew members and captain. This was a much better dinner. We started with a beef capriccio, then a vegetable consommé, horseradish risotto with smoked salmon and a choice of main either duck breast (which we both chose) or a gnocchi. Dessert was an elaborate plate of vanilla and chocolate mousse with mixed berries. Wine is provided with dinner.

Posted by Jackie McGuinness at 8:09 PM