Taken a couple of weeks ago from our condo.

Everyone knows "Mr.Christie, you make good cookies". There really was a Mr. Christie.Scottish apprentice baker William Mellis Christie co-owned his first bakery in Toronto in 1853, five years after he arrived from Huntly in Aberdeenshire. Five years later, he was winning awards for his cookies.

Expansion and relocation brought Christie, Brown and Co. to downtown Toronto where, in 1874, the factory covered an entire block at Adelaide (then Duke) and Frederick Sts. 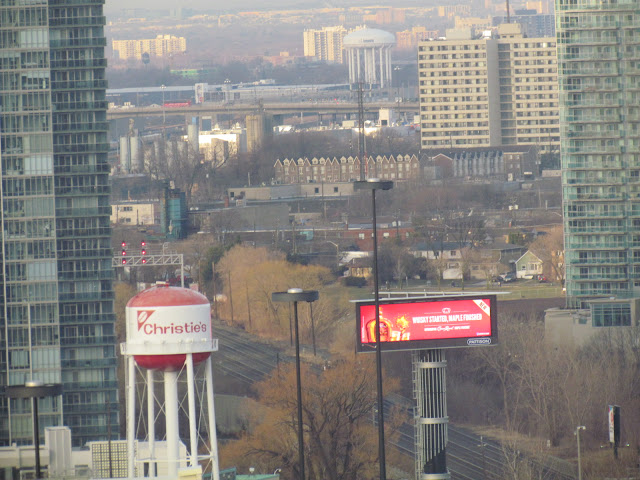 As his fortunes rose, the once poor baker’s apprentice joined Toronto society and built a mansion for his family on Queen’s Park Cres. He helped found what would become the Canadian National Exhibition in 1879.
Christie died in his Queen’s Park mansion in 1900; the family sold the business in the 1920s and eventually it was taken over by the American National Biscuit Co. (Nabisco) which is now owned by Kraft.
Several hundred employees are now set to lose their jobs when the more than 60-year-old Mr. Christie’s Bakery shuts down this year, and it may be condo dwellers who repopulate the site of the storied cookie factory. 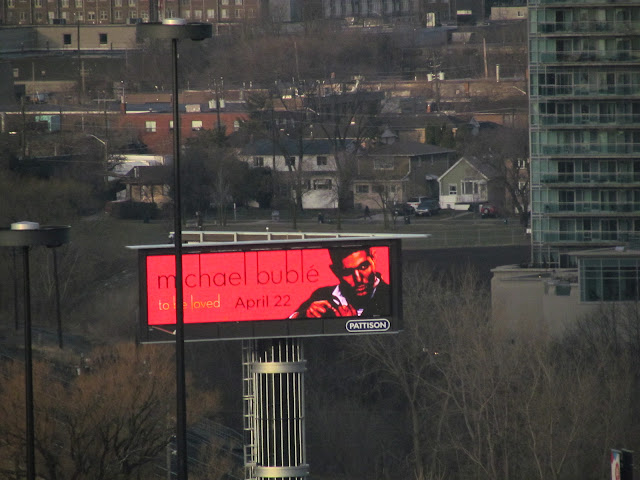 Posted by Jackie McGuinness at 8:37 AM