Kudu - taken at the zoo by my husband. 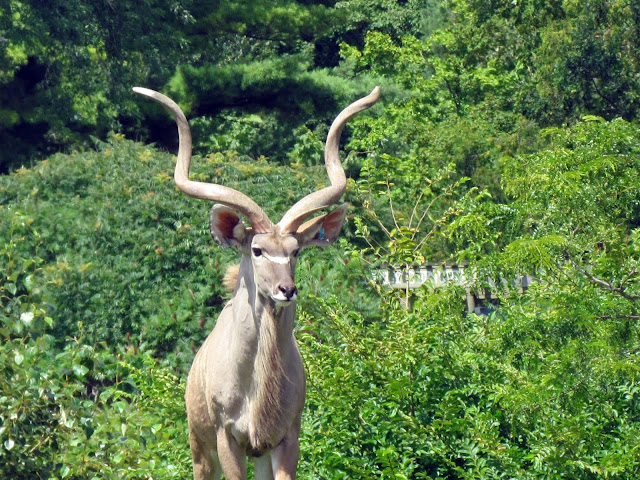 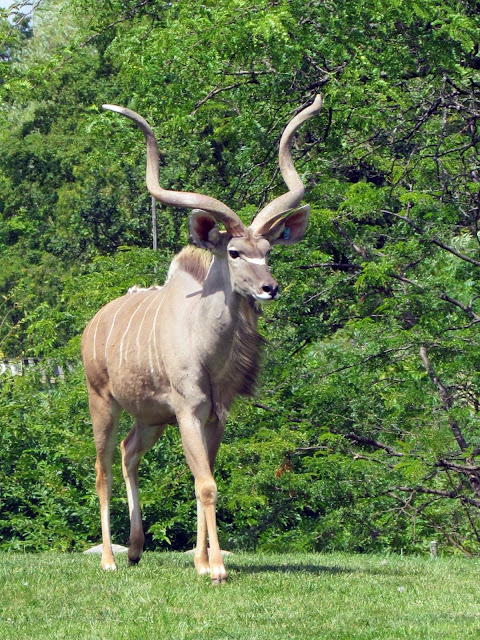 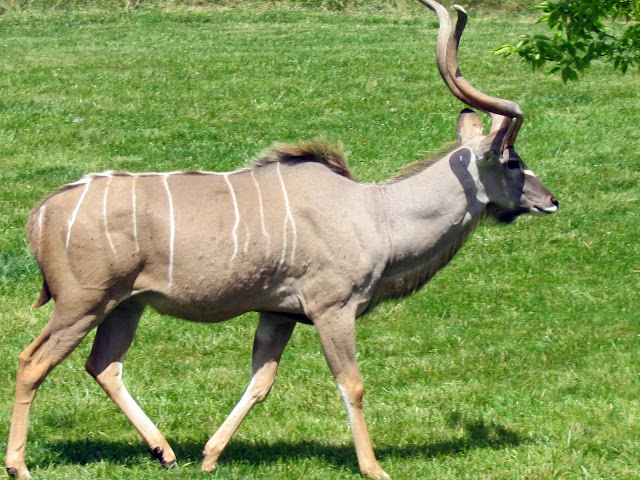 : The greater kudu is the second largest of the antelopes, the eland being the largest. Kudu show strong sexual dimorphism. The curved horns of the male are this species most impressive feature, growing up to 180 cm with at least two and a half turns, compared to one and a half turns in related species. The average length is 120 cm with a record of 187.64 cm. These long spiraled horns slant back from the head. The young male horns begin to grow at 6 - 12 months of age, twisting once at about two years of age and reaching two and a half twists at about six years of age, which is when the horns grow to their full length. Females do not have horns. Bulls also attain much larger sizes than cows, and have a tasseled dewlap.The short, smooth coat is a reddish-sandy colour which may turn to blue-grey in old males. The head tends to be darker than the rest of the body. White cheek spots and a white stripe are located across the nose, just below the eyes. There is an erectile crest on the neck and shoulders, and a mane along the throat. Ears are large and cupped shaped.They are tall, with a narrow body and long legs. Approximately four to twelve white stripes run vertically on the flanks. The bushy tail is black tipped and white underneath. The upper legs have black garters. Head and body length: 185 - 245 cm Tail: 35 - 55 cm Shoulder height: 120 - 150 cmWeight: 225 - 315 kg (male), 180 - 215 kg (female)