Being a Leo, I love anything that features lions. The symbol of Venice is a winged lion. I will be featuring my photos of some of these lions over the next few weeks.

The Arsenale is a huge dockyard, now largely disused, in the eastern Castello district of Venice.There has been a dockyard on this site since the 8th century when Venice was still a client state of the Byzantine Empire. The origin of the word "arsenale" is unknown. Some experts believe that it is a corruption of the Arabic "Dar-al-sina" meaning "dockyard".
The Arsenale was originally one of several dockyards which built and repaired both merchant and military ships. After it was enlarged by the addition of the Arsenale Nuovo in 1320, all of Venice's military ships, and most of its merchant vessels, were built and serviced at the Arsenale.
After the extension of the shipyard, a large number of workers' houses were constructed around its perimeter. Several workshops specialising in the manufacture of rope were also established at this time.
The dockyard was expanded even further by the addition of the Arsenale Nuovissimo in 1473. 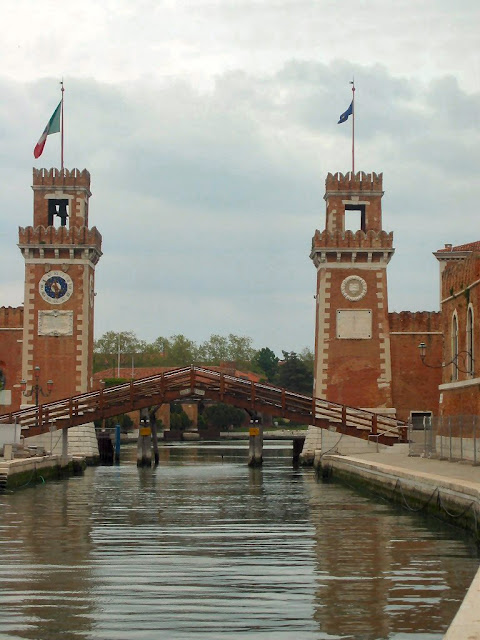 Porta Magna - there is a winged lion over the door. 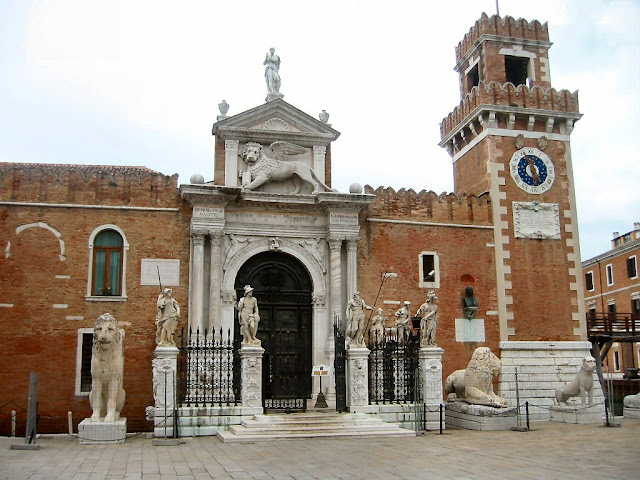 The principal gate to the Arsenale, the Porta Magna, was completed in 1460 by Antonio Gambello who followed a design by Jacopo Bellini.
Both the arched gate, crowned by a triangular pediment, and the famous winged lion, which guards the entrance, are framed by twin pilasters. The gate is surrounded by an arrangement of marble plinths topped by classical statues.
The gate was the first renaissance structure built in Venice. The lions sitting on either side of the gate were brought from Greece in 1687. One, the Piraeus Lion, bears some 11th century graffiti in a medieval Scandinavian script.
The Arsenale was partially demolished after the Napoleonic invasion of 1797. Although the Italian government redeveloped the dockyard as a naval base during the late 19th century, it proved ill-suited to the demands of modern fighting ships. 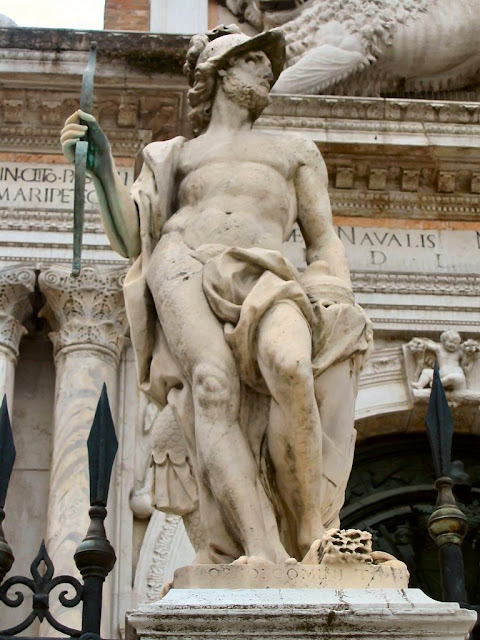 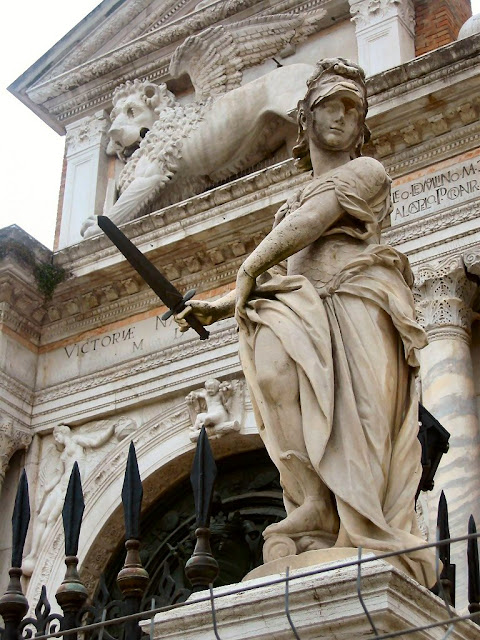