I'm posting at Sepia Saturday today.
The suggested theme is: 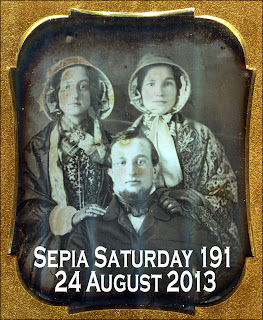 191 : A man and his sisters, his two wives, or is it one of each? Groups of three come to mind or how about gloves, shawls, bonnets or penetrating gazes!

I'm going with gloves, bonnets and penetrating gazes this week. 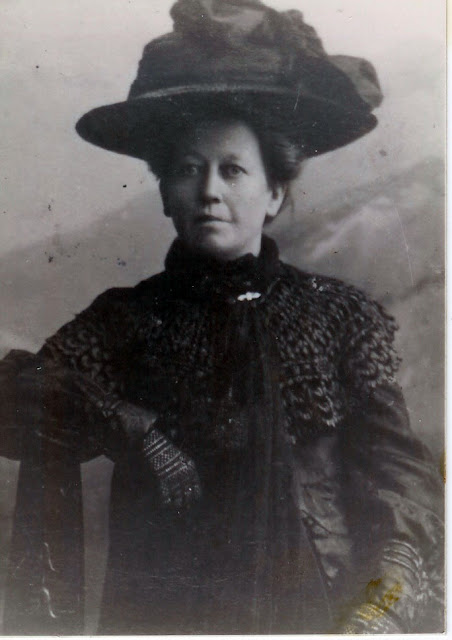 Mom's handwriting confirming the names above. William is not on the census so he must have left home by 1901.

It also appears that my great-great-great grandmother, Hanora O'Reilly lived with them. And I now know that she came from County Kildare and was born in 1829.

However, in 1911 William is on the census and Catherine isn't as she had married William Brennan by then and my grand-mother and grand-uncle had been born. Mary V is my grand-mother but she always went by the name Veronica or Vonnie.

Monica in 1911 was listed as Mary in 1901, I think this is a mistake as I am not aware of any Monicas in our family.
Emily and Susan had jobs as a cigarette maker and a printer. I remember visiting these two great-aunts in 1970. I'm not sure if they ever married.

The address changes in spelling between 1901 and 1911 Bellevue and Belview. My great grandfather's memorial card states Belview. 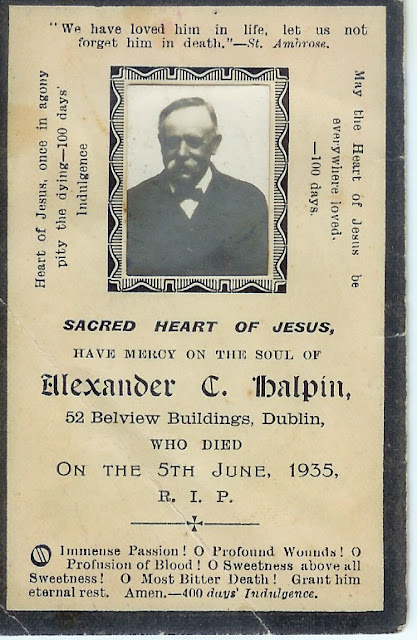