Look Up Look Down Skywatch

I'm linking up over here today.

Walter Edward Perry Scott (September 20, 1872 – January 5, 1954, 81), also known as Death Valley Scotty, was a prospector, performer, and con man, who was made famous by his many scams involving gold mining and the iconic mansion in Death Valley, popularly known as Scotty's Castle. 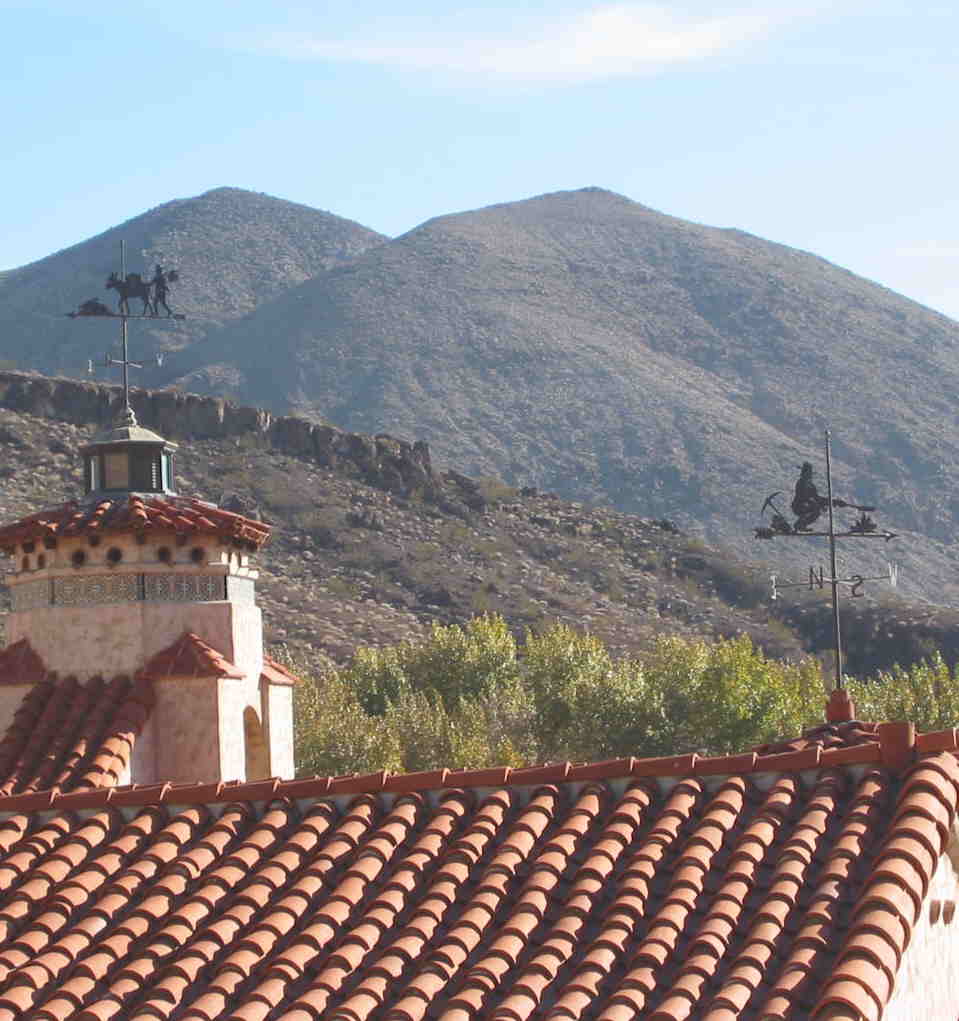 In 1922, construction began at the Staininger Ranch on what was to be the new Johnson vacation home. As people saw the scale of the project, speculation was rampant that Scott did have a mine after all. Scott claimed that he had built the castle for himself, and it became known as "Scotty's Castle", despite the fact that the name over the front door read "Death Valley Ranch". Scott himself rarely stayed in the castle proper, staying mainly at his cabin in Lower Vine Ranch, and putting in appearances at the castle to entertain dinner guests with his stories.

In 1931, it was discovered that due to a surveying error, Johnson did not actually own the land on which the castle was being built. The problem was rectified in 1935, but at that point, it was too late for construction to finish, as Johnson’s insurance company had gone into bankruptcy in 1933. Johnson willed Death Valley Ranch to a religious organization, with the provision that Scotty could live there as long as he wished. Scotty’s Castle was never completed, but Scotty lived there until his death in 1954. He is buried above the castle. 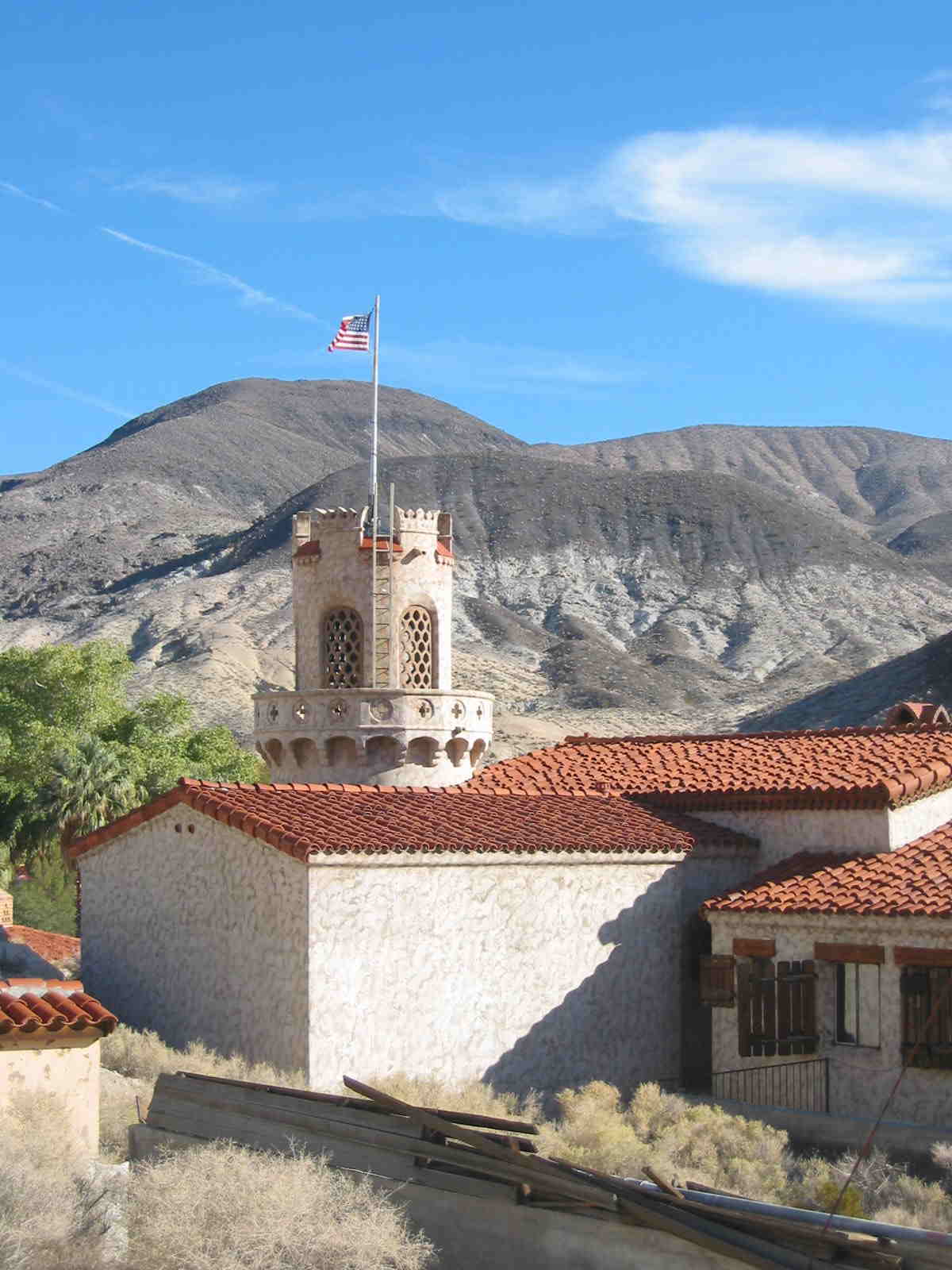