Tom the backroads traveller hosts this weekly meme.
Travel Tuesday
Our World Tuesday
Image-in-ing
My Corner of the World
Timeless Thursdays is hosted by Stevenson Que

This name was suggested because of schools in the area, both past & present, including Church St. Junior Public School, Jarvis Collegiate Institute, Canada's National Ballet School, Le Collège Français and Havergal College. 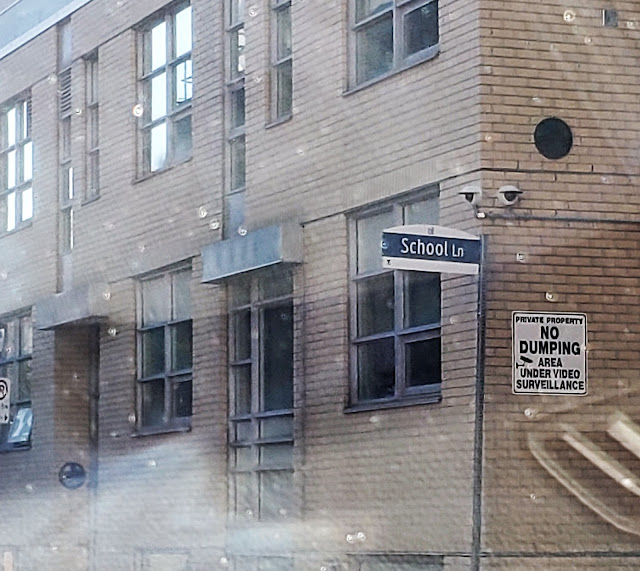 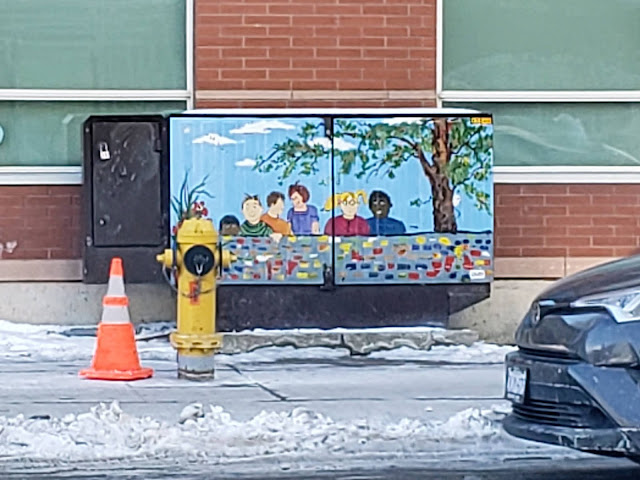 “CALLAGHAN LANE” after Morley Callaghan who was born in 1903 to an Irish Catholic family. Callaghan grew up on Belshaw Place in Cabbagetown and was later educated at the University of Toronto. Callaghan attended Osgoode Hall in the mid- 1920s, but never engaged in the practice of law. Instead, Callaghan worked at the Toronto Star, where he was a junior reporter. In his time there, he met writer Ernest Hemingway who was supportive of his craft. In 1928, Callaghan’s first novel, Strange Fugitive, hit the shelves and his subsequent popularity garnered him the informal title of Canada’s first urban novelist. By the 1950s, Callaghan mapped his skills as a writer to the emerging broadcast industry and thereby became known to a much larger audience. His writings continued to be successful and in 1951 Callaghan received Canada’s Governor General’s Literary Award for his book The Loved and the Lost. A later success was his 1963 memoir, That Summer In Paris. Callaghan achieved the Companion of the Order of Canada. He died in 1990. 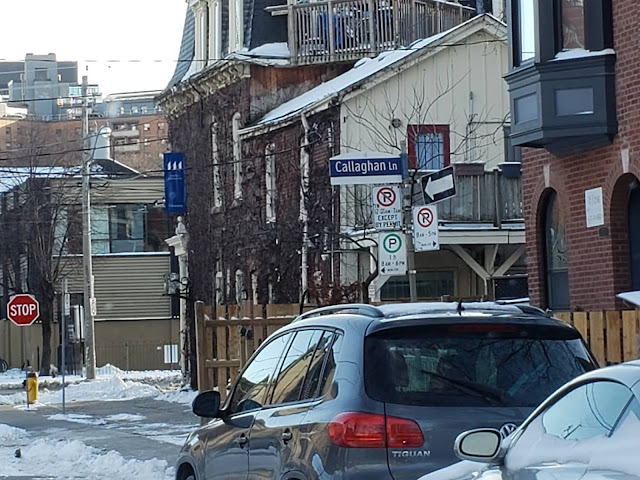 “VERNER LANE” after John Verner, the owner of the popular Cabbagetown store at 283 Parliament Street (demolished). J. Verner Mc Aree, the nephew of the owner, used the store as a primary setting in his book Cabbagetown Store. The work records the writer’s upbringing with his Uncle John and Aunt Polly. Together, they lived onsite and operated their business from the 1870s to World War I. The store was known to take credit and issue no interest loans to their Cabbagetown clientele. While not a formal lending institution, the general stores of Cabbagetown exemplified the challenging economic circumstances under which many Cabbagetowners lived and the standard of personal attention given to them as clientele of the store.