Martin Van Buren is depicted on a bench, sitting with his local newspaper the Kinderhook on the corner of Mt. Rushmore Rd. & Main St. Born in 1782, Van Buren became a lawyer before being elected into the United States Senate in 1821. Van Buren (often referred to as the "Little Magician") went on to win the presidency in 1836. The "Panic of 1837" began soon after his inauguration, forcing Van Buren to make the solvency of the government a primary concern. Van Buren also fought against the expansion of slavery, which was reason for his blocking the annexation of Texas. He is often credited with creating the term "OK." 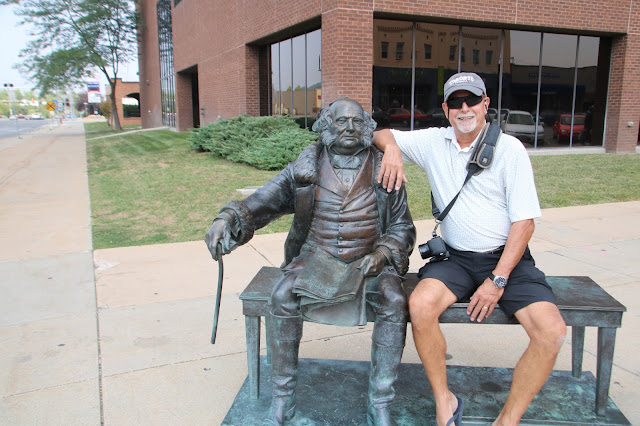 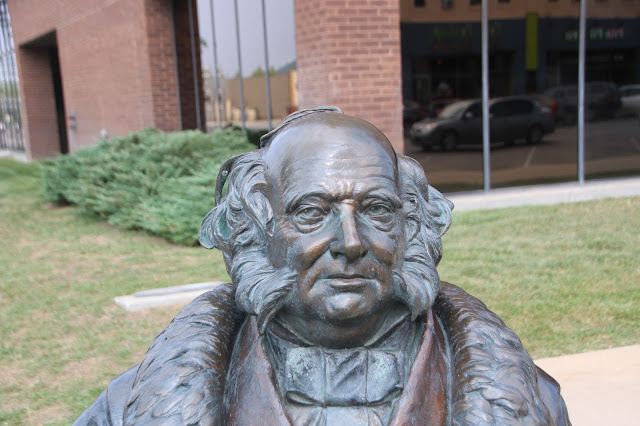 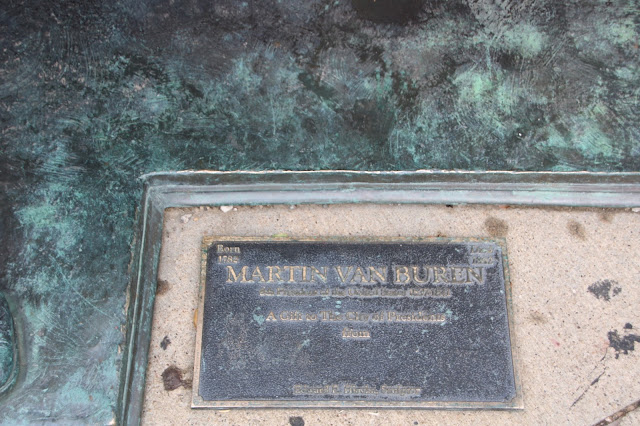 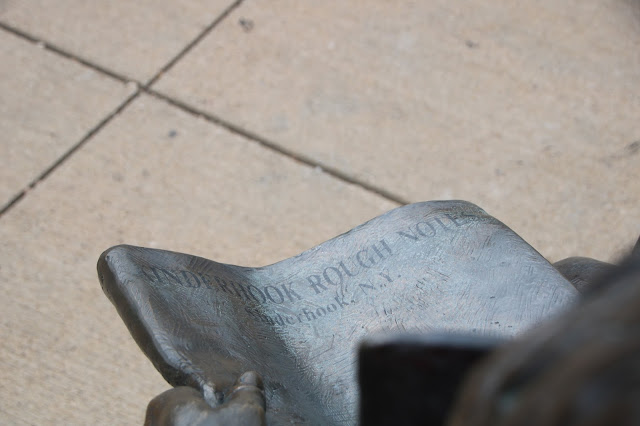