James Garfield was the last of the "log cabin" Presidents, though his statue on the corner of 5th St. & St. Joseph St. shows no signs of humble beginnings. Unfortunately, Garfield would only serve six months in office, four of which would be spent on his death bed. He would become the second President to be assassinated. Garfield was born in Ohio in 1831, was fatherless by two, but would manage to earn enough money driving canal boat teams to attend college. He was elected to the Ohio Senate in 1859. In 1862, he would lead a brigade against Confederate troops in Kentucky. Garfield was eventually elected to Congress, where he won re-election for 18 years, before becoming the leading Republican in the House. On July 2nd, 1881, Garfield was shot by a disillusioned attorney who had been seeking a consular post. Alexander Graham Bell, inventor of the telephone, tried to retrieve the bullet with a special electrical device, but failed. Garfield died on September 19th, 1881. 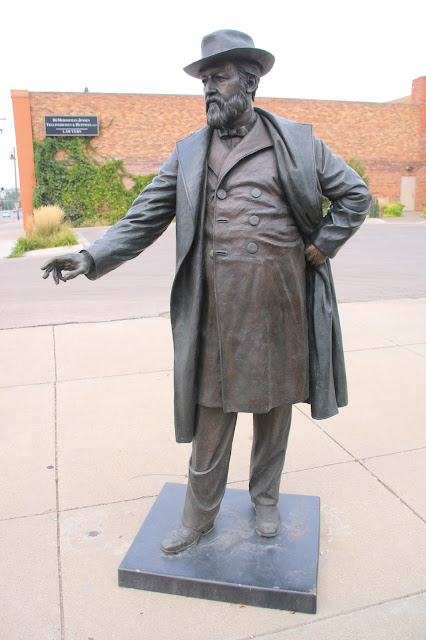 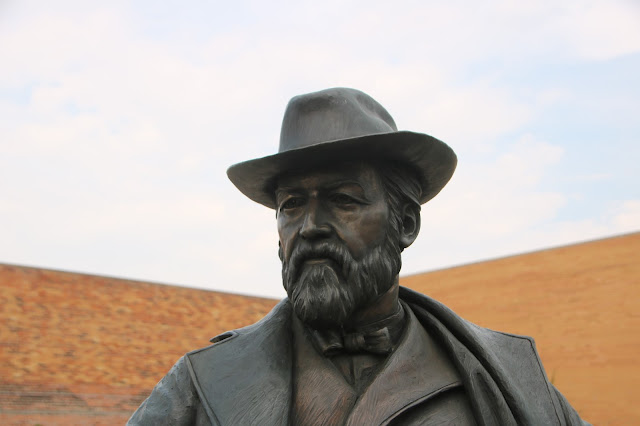 39 Carter
Posted by Jackie McGuinness at 8:20 AM