Only after serving as commanding general of the winning forces in Europe during World War II would Dwight D. Eisenhower become President. Eisenhower was born in Texas in 1890 and eventually received an appointment to West Point Academy. His military record is extensive. Not only did Eisenhower command the Allied Forces landing in North Africa in 1942, but he also served as Supreme Commander of the troops who invaded France on D-Day in 1944. After the war, Eisenhower became the President of Columbia University, but took leave to take supreme command of the new NATO forces in 1951. As President of the United States, Eisenhower worked to ease the tensions of the Cold War. He famously sent troops into Little Rock, Arkansas, to assist in the desegregation of schools. Before leaving office, Eisenhower cautioned against the dangers of long-continued military conflicts. Eisenhower stands on the corner of 5th St. & St. Joseph St. with one foot on England and the other on Europe. Veterans are often seen paying tribute at the statue. 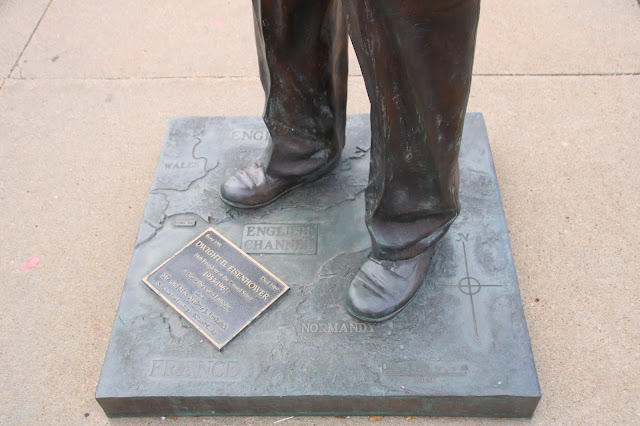 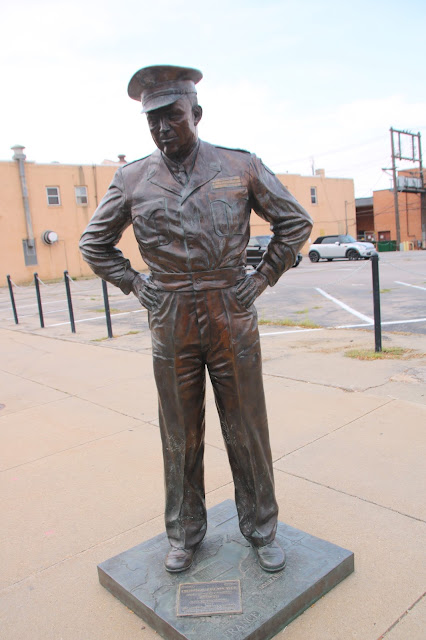 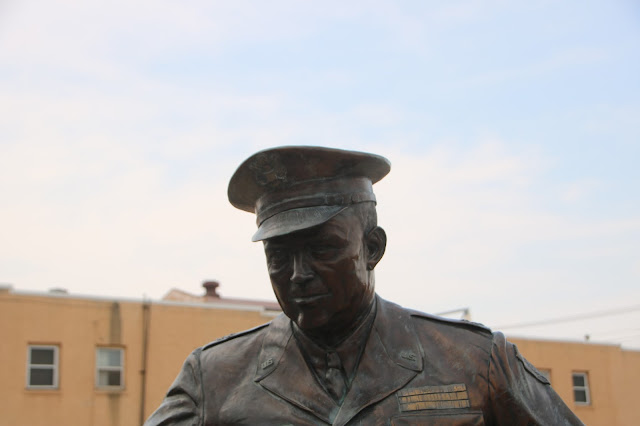