George Walker Bush was born July 6th, 1946, in New Haven, Connecticut. Bush received degrees from Yale and Harvard Business School, and also served as a pilot in the Texas Air National Guard, before moving back to Midland, Texas. Bush worked on his father's successful Presidential campaign, and in November of 1994, was elected the 46th Governor of Texas. As President, George W. Bush enacted the No Child Left Behind Act, a measure that raised standards in schools. He also cut taxes and added a prescription drug benefit to Medicare. After the attacks of September 11th, 2001, in which nearly 3,000 American civilians were killed, Bush responded by launching military action in both Iraq and Afghanistan. He also dramatically reorganized the federal government, reformed the intelligence community and established the Department of Homeland Security. Bush's statue stands on the corner of 5th St. & St. Joseph St., giving a thumbs up to those who pass by. In tow is his dog "Barney," who is best known for biting a reporter. 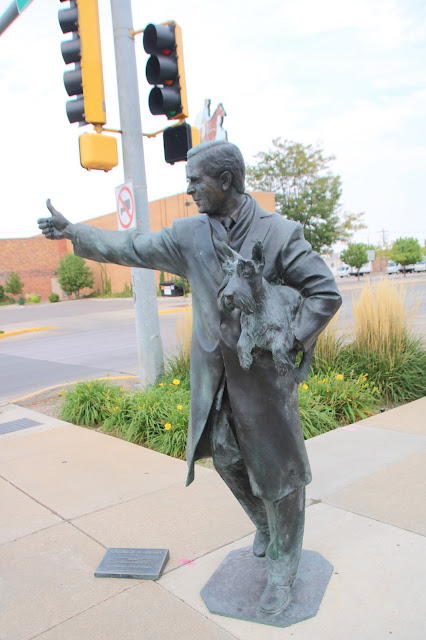 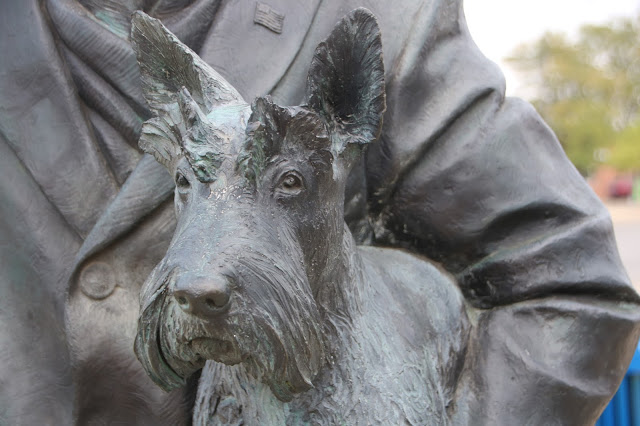 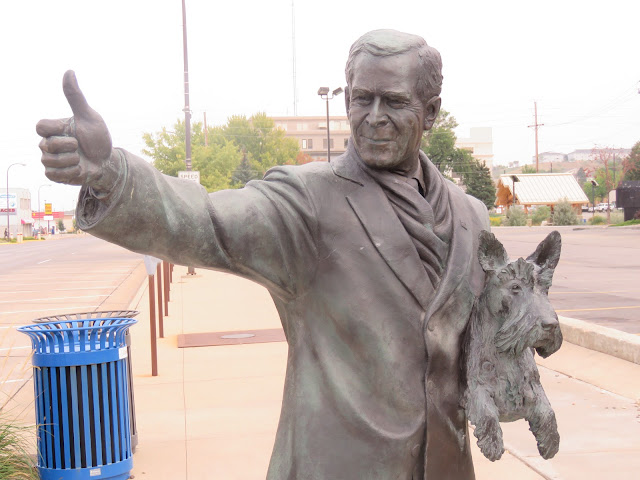