The country's 11th President is typically referred to as the first "dark horse" President, and is viewed by many as the last effective President before the outbreak of the Civil War. Polk was born in Mecklenburg County, North Carolina, but would become the Governor of Tennessee after serving as Speaker of the House of Representatives from 1835-1839. Polk is best known for his work on expanding the nation. It was Polk who helped obtain Oregon Territory through a treaty with England and the California and the New Mexico territory as a result of the Mexican-American War. These latter additions would further exacerbate the disagreement between the North and South over the expansion of slavery. Polk's statue stands on the corner of 5th St. & St. Joseph St. He can be seen conducting a cracker-barrel session, a political tradition of his time. The banner on the barrel reads "Fifty-four Forty or Fight," which was Polk's slogan and a reference to the border dispute between Canada and the United States. 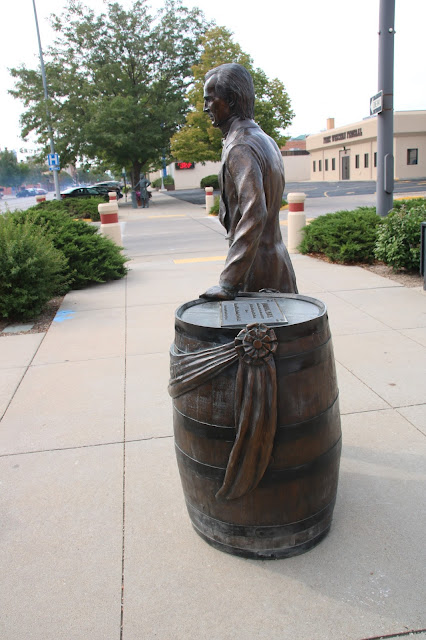 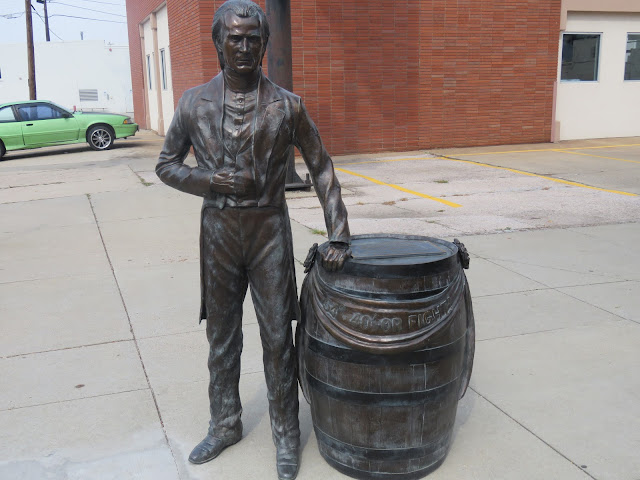 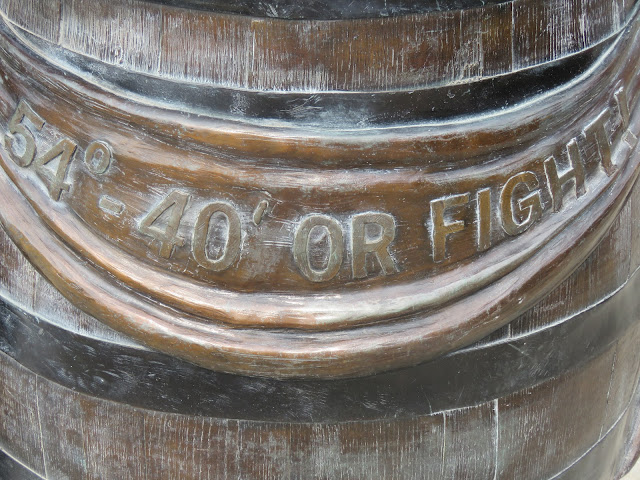 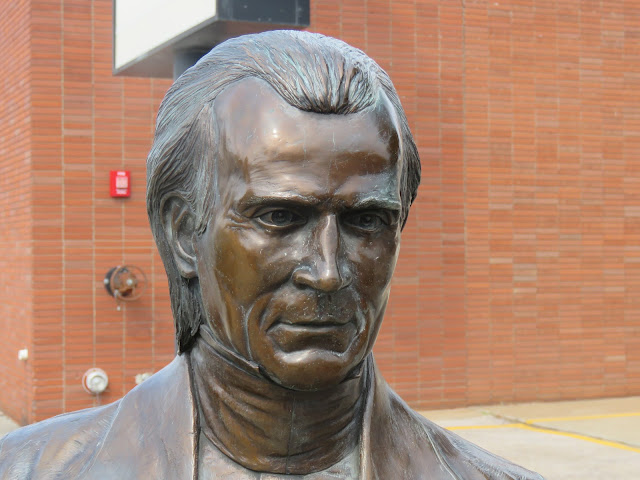