It's been ages since I've contributed to British Isles Friday. But reading Joy's post today where she commented "separated by a common language" and then posed the question what have you learned about English, the language.

This made me think about the difference in English even within the British Isles and something made me go and look at our photos from Glasgow Scotland from May 2010 and came upon this sign. 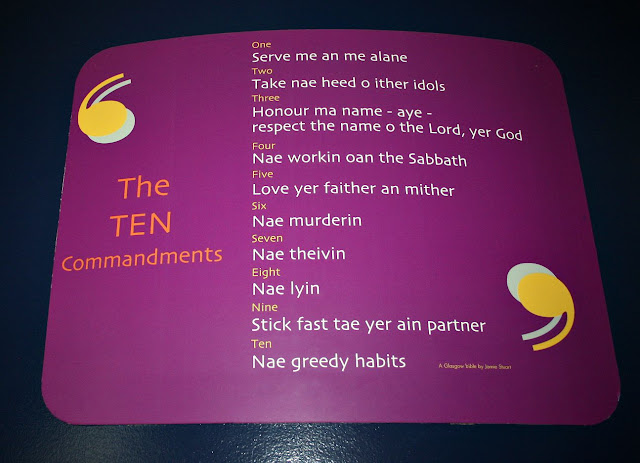 I had posted some photos from the People's Palace on British Isles Friday last year.

I had also done a post on the different use of words on each side of the pond back in 2012 in this post which also happens to have photos from the People's Palace on that same trip.

I cited the word "steamie" and the numerous ways it is used.  Hot dogs, gossip and laundry - all using the same word??
Posted by Jackie McGuinness at 9:25 AM