Took down the living room curtains as they looked too bulky with the bookcases now beside the window.
They will likely go into the charity pile unless someone would like them.
Also took down and washed the curtains in our bedroom and the TV room in preparation for the painters. They may or may not be put back up, more likely they will be replaced by blinds in the living room and TV room.

I went to hang my stained glass back into the bathroom but discovered it must have gotten broken when it was removed for the bathroom reno. decided to throw it out as the cracks were unrepairable. 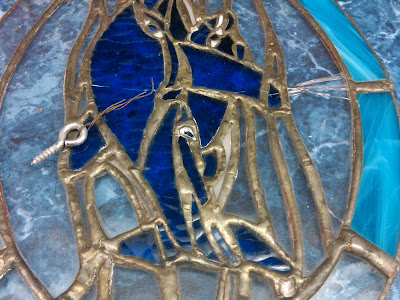 Some more new stuff has made its way into the house.
Two sets of towels for the bathroom to inject some colour.
A scarf
A dress
And DH bought golf shorts online at the PGA site.
And I HAD to buy this for myself to add to my box collection. 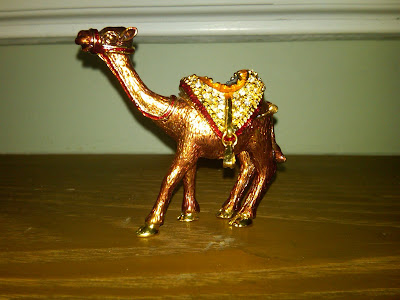 Re-purposing (part of the 3 Rs in decluttering)
I have been looking for a container to hold the toothbrushes for the new bathroom. I haven't seen one that called to me except for one at the Bay but even it wasn't the one. It was $30 and it just didn't seem worth it. Came home and wandered around "shopping" in my own house and came across a tiny crystal ice bucket and thought it would work (had seen some like it for sale in bathroom accessories) but DH vetoed the idea on the grounds of it crashing in a million pieces in the bathroom. I went upstairs and "found" a pewter mug my sister had brought back from Africa and it is now in place in the bathroom. 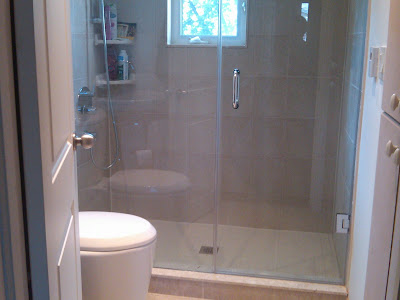 I also "reused" a photo frame I had for a print I bought in Russia. I usually take my prints in to be framed professionally and for a lot of money but wasn't pleased with my last one. 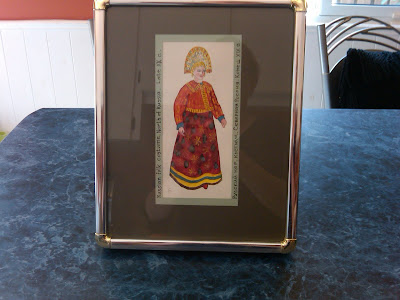 Also reused a coffee jar to store the chocolate chips that were languishing in their plastic bag.
The stand that was in our old bathroom has been up on Freecycle for a while and two people contacted me but then never responded to my responses so it will go out with the garbage this week and hopefully someone will pick it up. 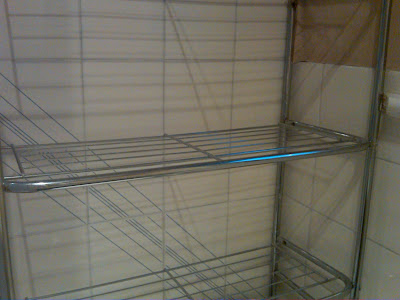 Posted by Jackie McGuinness at 12:14 PM

Email ThisBlogThis!Share to TwitterShare to FacebookShare to Pinterest
Labels: 365 decluttering