Tom the backroads traveller hosts this weekly meme.
Travel Tuesday
Our World Tuesday
Image-in-ing
My Corner of the World
Postcards
Toronto ON
Click here for a history of Toronto lane naming and a list of other lanes with neighbourhood descriptions. That post is a work in progress, and gets updated frequently.
Seaton Village

Larry Priestman was a lifelong electrician. He was very active in his local branch of the International Brotherhood of Electrical Workers, even after his retirement. Larry taught classes at George Brown College, and was also part of a special team of professionals appointed by UofT to advise members of the corporate world on how to relate with their unions. He volunteered at and donated to the old Hillcrest Hospital until its volunteer team was disbanded. Larry also volunteered his expertise in the restoration of the Tollkeeper's Cottage, frequently paying for various tasks out of his own pocket. 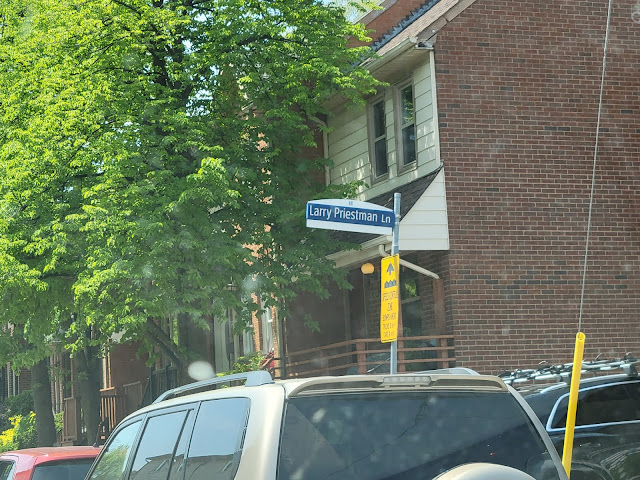 Col. David SHANK and Capt. Samuel SMITH were friends of our first Lieutenant Governor, John Graves SIMCOE, both of whom served with Simcoe in the Queen's Rangers during the American Revolution. In fact all the Park Lots west of Bathurst Street were granted to military men: Col. David SHANK, Capt. MacDONNELL (who was aide-de-camp of General Brock), Capt. Samuel SMITH, and Capt. Aneas SHAW (another captain in the Queen's Rangers). The Queen's Rangers (named to honour Queen Charlotte, wife of King George III) were the successor to Roger's Rangers. SIMCOE was appointed colonel from 1791-1796; Samuel SMITH succeeded him until 1798, whereupon David SHANK held the post until 1799." 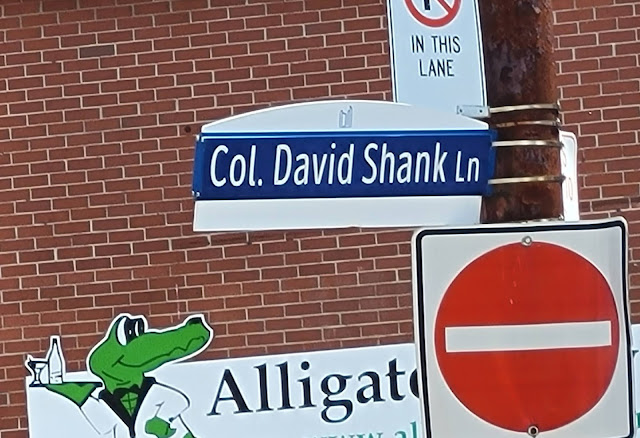 Patrick McGregor (1816 - 1882) was a Toronto Lawyer who built his "mansion" at # 2 Vermont Ave. probably in 1870s, making it a uniquely large home for the Seaton Village area. His two lots stretched from Bathurst, west across Ontario St. (present day Palmerston Ave.) to Hope St. (now Manning Ave.) It should be listed and restored and preserved as a heritage building.

According to the records provided by Mr. Paul Leatherdale, Archivist, The Law Society of Upper, Canada, Osgoode Hall:
"Name: MacGregor, Patrick (or McGregor)
Death date: 1882-01-28  66 years old
Admission date: Easter Term 1834
Called to Bar: 1857-08-24
Sworn in: 1857-11-17
Practice location: Toronto (Ont.)
It's odd that there is such a long gap between his admission as a student and his call to the Bar (over 20 years). It is usually 5 years between the two. We have no idea what he was doing in between."
Some answers arise in a publication called Heritage Considerations for Seaton Village: Part II Plan, written by the Community History Project, 1992:
Referencing Cotterell's Map of Seaton Village 1878: within Farm Lot 26:
"Patrick McGregor owned lots 9 and 12 complete; ... (he) was not a market gardener at all, but a barrister.
He was a Scot who arrived in Canada in 1833 and was for a time, Headmaster of the Kingston Grammar School where one of his pupils was Oliver Mowatt.
He returned to Edinburgh and took his M.A. then emigrated to New York where he worked again as a Headmaster until summoned to Canada by Mowatt.
In 1857 he was admitted to the Canadian Bar. He continued his scholarly pursuits and published books of translations, on logic and mathematics.
When he died in 1882, he was 66 years of age, and was President of the Gaelic Society of Toronto. His wife Marion, continued to live in their large brick house on Bathurst Street, now numbered 2 Vermont, and still standing."
The lane leading to parking area of the "multi-unit building" would recognize his contribution to early Toronto. It has been the residence of poet and diplomat Kenneth Porter Kirkwood, (1899-1968) in the 1920's while he attended U of T. In the early 1960's, novelist and fiction writer, Austin Clarke (b. 1934) lived at this address. 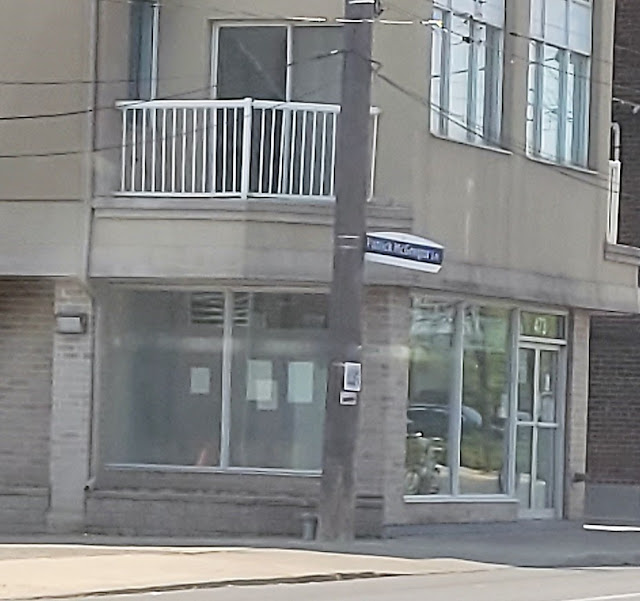