Tom the backroads traveller hosts this weekly meme.
Travel Tuesday
Our World Tuesday
Image-in-ing
My Corner of the World
Postcards
Toronto ON
Click here for a history of Toronto lane naming and a list of other lanes with neighbourhood descriptions. That post is a work in progress, and gets updated frequently. 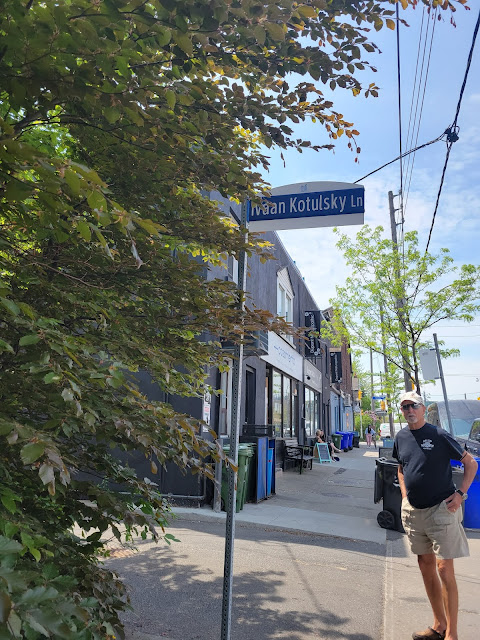 Ivaan Kotulsky was an artist and photographer, living and working in Toronto.
According to an interview with his widow, Eya Donald Greenland Kotulsky, he was born in a Nazi slave labour camp, during World War II.
Kotulsky had a distinguished career as a photographer, producing portraits of high-profile individuals, like Prime Minister Pierre Elliott Trudeau.
Kotulsky also documented the lives of street people, and that collection of photos has been donated to the City of Toronto archives, which organized a gallery show, to celebrate their acquisition, and subsequently made them available for download.
Image from Historicist - Raiding the Bathhouses. 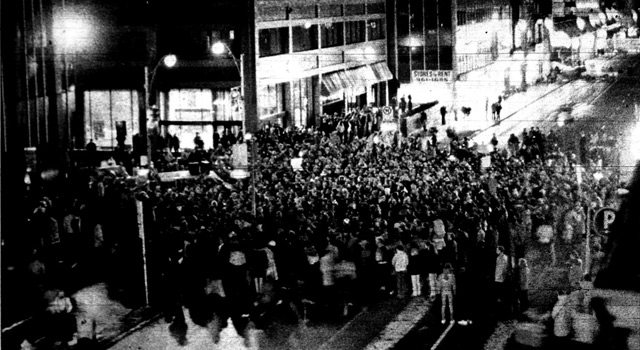 “Crowd estimated at 3,000 converged at Yonge and Wellesley Sts. yesterday crusade for homosexual rights after police raids on four steambaths.” Photo by Ivaan Kotulsky.
Kotulsky was said to have been able to see beauty in things people ordinarily overlook, explaining the quality of the intimate images he took of street people. 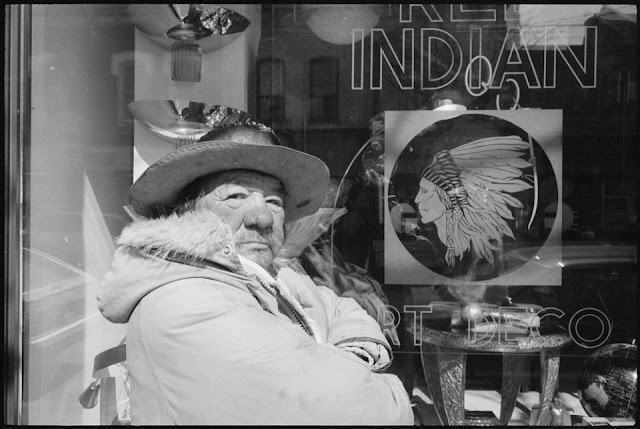 In 1949, after having lived for four years as refugees in a Displaced Persons' camp, his family immigrated to Canada, sponsored by a blacksmith in Smoky Lake, Alberta. By 1951, his family had relocated to Toronto's Cabbagetown, near the Don Valley ravine, which provided a slice of nature in downtown Toronto for Ivaan to explore. Kotulsky would later credit his exposure to the kindly blacksmith as having kindled his own interest in metalworking which found its outlet in jewellery making, at the age of 25.
The engagement ring with which he proposed to his wife featured a very large green stone—which was originally a discarded piece of Seven Up bottle. Never in robust health, Ivaan suffered two heart attacks in the early 1990s. In 1995, Kotulsky opened a retail store on Queen Street West. That year, he and Eya Donald Greenland were married. They had first met in 1969; she was 16 and working after school at the Harbord Bakery, which he frequented. In 2000, Kotulsky experienced the first of a series of strokes that eventually led to his paralysis and affected his ability to create new works of art.

In 2005, after his third stroke, when he lacked the strength and dexterity to continue working independently, Eya started to assist him in his studio, often working with his original moulds, using the lost wax casting technique. She told Nicole Baute, writing in the Toronto Star, that she never intended to continue making pieces from those moulds after he died, beyond filling the outstanding orders, but customers continued to request pieces. The Art Gallery of Ontario, which had commissioned Kotulsky in 1979 to create a collection of jewellery and metal art inspired by King Tutankhamun, hosted a long-running exhibition of King Tutankhamun artefacts in 2009, and requested she produce additional reproductions of his work for display in the AGO Shop. Ivaan's wife, Eya, continued to operate his studio, ATELIER IVAAN, to showcase and preserve his artistic legacy until December, 2018.