February 2021 - Toronto ON
Click here for a history of Toronto lane naming and a list of other lanes.
“SILKWEED LANE” after the wildflower also known as Common Milkweed that is found in disturbed natural areas such as roadsides like the laneways of Cabbagetown as well as old fields and waste areas. It is a Eudicot of the Dogbane family. 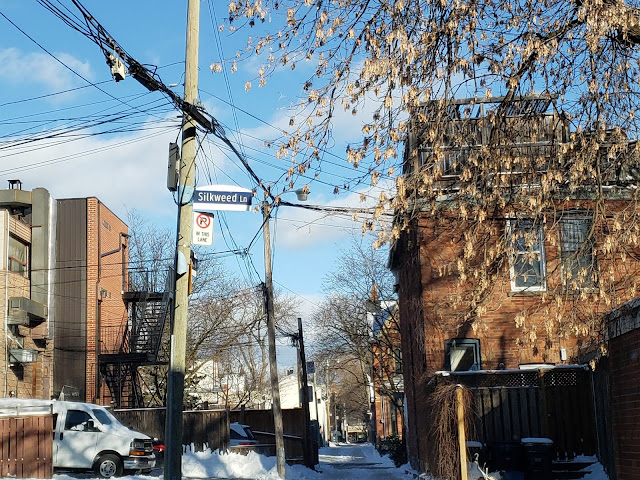 “NUTHATCH LANE” after the bird whose common name was derived by the habit of storing food inside the crevices of mature trees. At a later time, Nuthatches retrieve the stored food using their bills to hammer the crevices open. They are a common songbird in Cabbagetown being found in gardens and at feeders. Nuthatches are Passeriformes of the Sittidae/Nuthatche family. 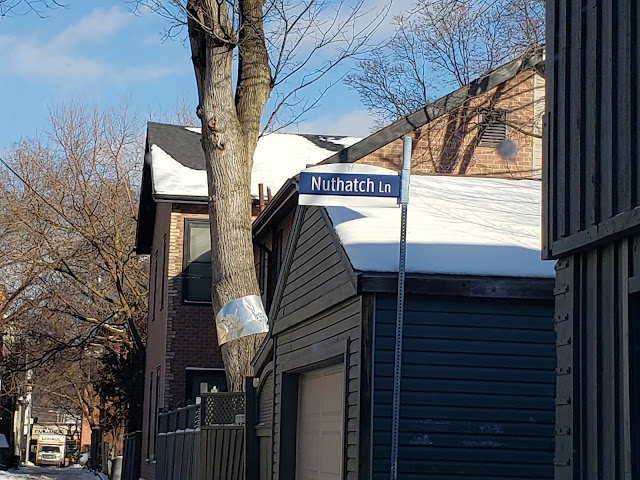 Wakely Lane - after Captain William R. Wakely who lived with his wife, parents and four daughters as the first residents at 133 Spruce Street. Wakely worked on boats from the age of 13 and was a ship’s Captain on a vessel that carried coal, perhaps the most commonly used fuel source in the 1800s. 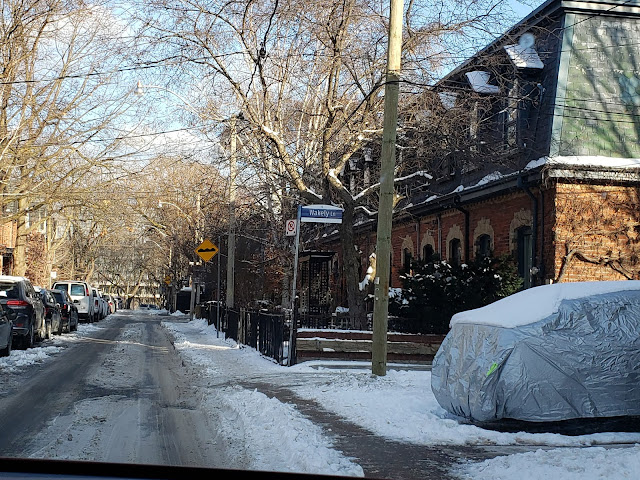 Posted by Jackie McGuinness at 10:47 AM