February 2021 - Toronto ON
Click here for a history of Toronto lane naming and a list of other lanes. That post is a work in progress, and gets updated frequently.
Garner Lane - The street’s name commemorates local resident Hugh Garner, author of the classic novel Cabbagetown. 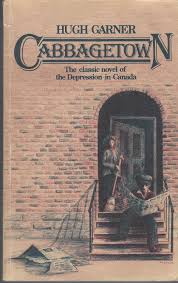 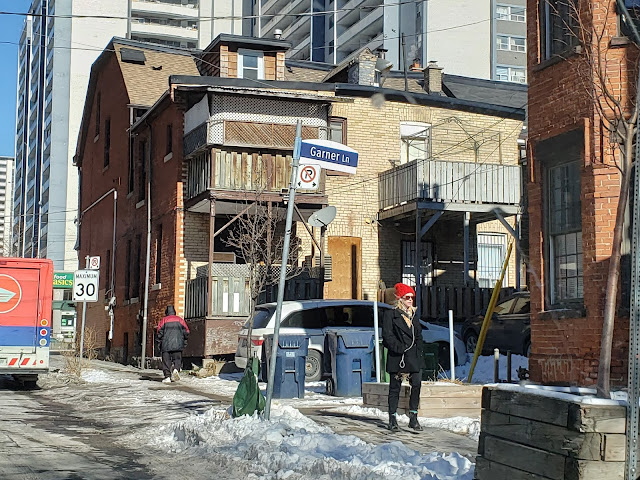 Sirman Lane - honours Robert Sirman, the Administrative Director of the National Ballet School, for his leadership of their new facilities campaign, Project Grand Jete, and for his immense role in making the project happen.
This one is unusual and required special approval.
The City of Toronto Street Naming Policy approved by City Council at its meeting held on August 1, 2, 3 and 4, 2000 (Clause 9, Report 15 of the Works Committee), states that “Names of living persons should be used only in exceptional circumstances”. In view of Robert Sirman’s contributions towards the National Ballet School project, this proposal could be considered an exception under the circumstances. 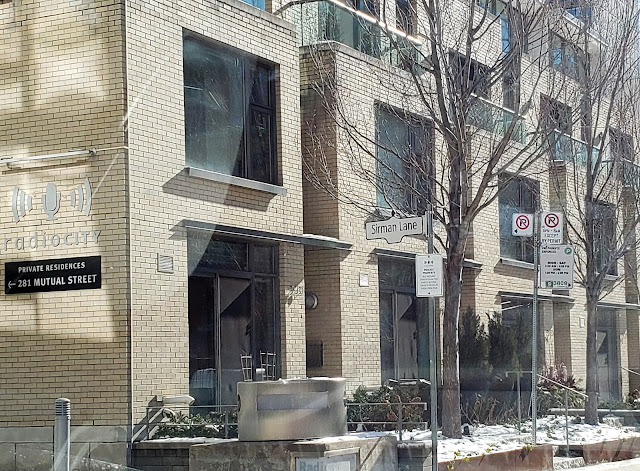