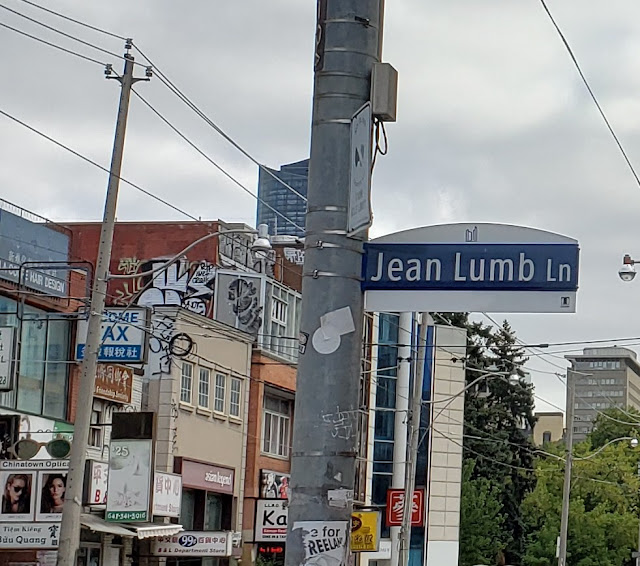 The lane is in Chinatown. Click here to see the amazing murals right down this lane. 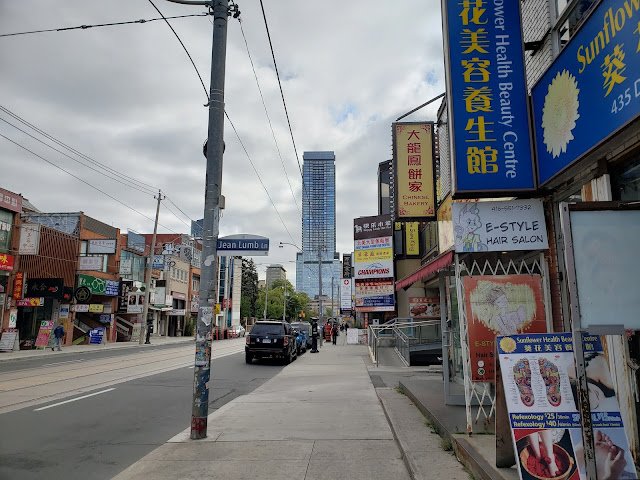 Click here to read and see some videos about her.

Jean Lumb (née Toy Jin Wong) (b.1919, d. 2002) was a Chinese-Canadian woman whose activism and dedication to her community ultimately shaped Toronto’s Chinatown and the rights of Chinese people in Canada. Her story shows us the importance of community advocacy, and how food can play a role in building meaningful cross-cultural connections among Torontonians.

Much of Jean’s youth took place in fruit markets, as she worked in her father’s Vancouver store. At age 12, Jean stopped going to formal school (which at the time, was segregated for Chinese students) to work full time and allow her older brother, Robert, to attend high school. This sacrifice did not go unappreciated. Robert used this opportunity to continue his education and become an aeronautical engineer, later training pilots during WWII and on the Toronto Islands.

Years later, Jean left Vancouver to help in her older sister’s fruit market in Toronto. Jean sat on a wooden train bench for 4 days and 3 nights. Her food for the journey consisted of a loaf of bread, a ham, and $1 to buy a drink. Little did Jean know, it is in Toronto that she would become a prominent Chinese businesswoman and organizer. At 17 years old, soon after arriving in Toronto in 1935, Jean opened up her own fruit market at Bathurst St. and St. Claire Ave. Jean was later introduced to her husband, Doyle, who ran the store with her until opening their restaurant, Kwong Chow Chop Suey House, in 1959 on Elizabeth St.
My photos from a 2019 exhibit at the Toronto Reference Library. 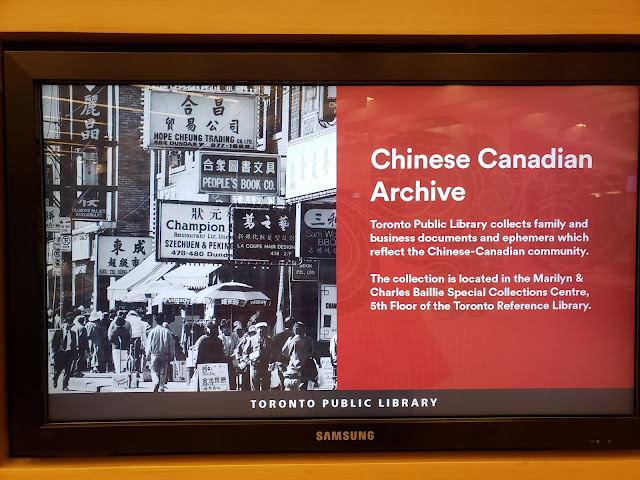 Kwong Chow was a second floor Cantonese eatery that hosted Chinese and non-Chinese customers alike, including Prime Ministers, politicians, and movie stars. Kwong Chow was one of the first restaurants in Toronto to serve dim sum. Jean shared Chinese cooking widely. She would appear and do cooking demonstrations on TV, on the radio, at department stores, and in institutions such as the Royal Ontario Museum. For Jean, food was not only a means of sustenance, but a method of expressing culture and sharing it with others.

It is at Kwong Chow that Jean hosted Prime Minister John Diefenbaker, Mayor Nathan Phillips, and Chinese organizers to discuss issues facing Chinese people in Toronto. When Diefenbaker was struggling with his chopsticks, she lended a hand. This was not Jean’s first encounter with Prime Minister Diefenbaker, as she spent a large portion of her life involved in politics, fighting discriminatory policies against Chinese people and culture.

Jean’s father, mother, and husband all had to pay $50, $100, and $500 respectively when immigrating to Canada. This fee was the 1886 Chinese Head Tax, which was created to discourage Chinese people from coming to Canada. 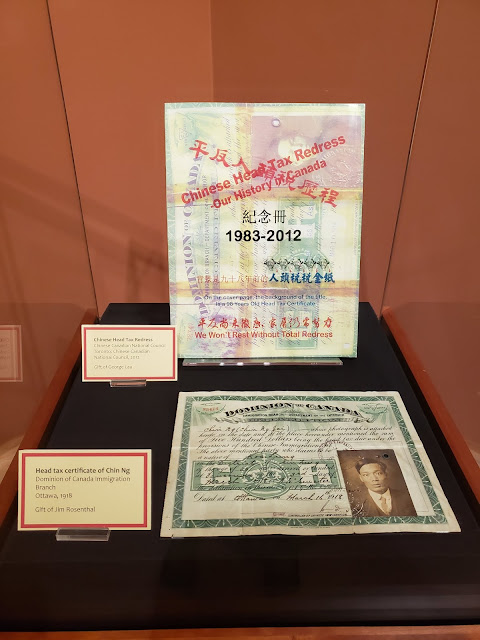 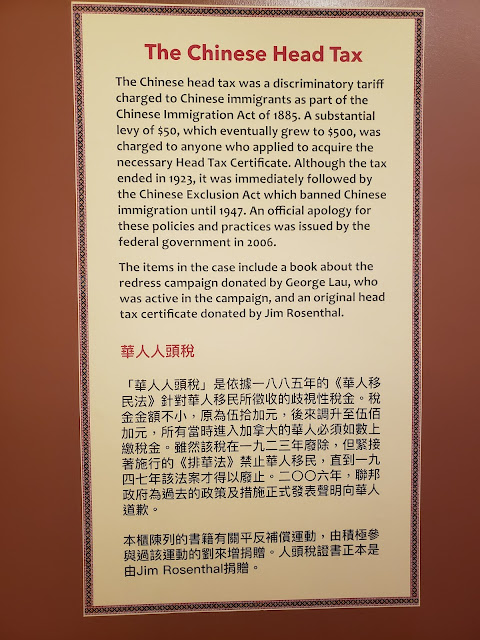 This was followed by the Chinese Exclusion Act passed in 1923, which stopped all Chinese immigration to Canada for 23 years.

This discriminatory immigration act ended in 1947; however, policies rooted in racism remained that kept Chinese families separated. Only Canadian citizens could bring family members in China to Canada, and they had to be parents older than 65 or children under 18 years old. This stopped wives from reuniting with their husbands, causing Chinatown to be predominantly a bachelor community. Jean and others would not stand for the separation of Chinese families.

In 1957, over 20 Chinese Canadians from across the country travelled to Ottawa to speak to Prime Minister Diefenbaker about changing these immigration laws. Among them was Jean, the only woman delegate in attendance. Foon Sien was the group’s spokesperson and sat on one side of the Prime Minister, Jean was asked to sit on the other. Throughout the presentation, Diefenbaker would ask Jean what Foon Sien was saying, and Jean would repeat and clarify.


“The questions from the floor were mostly directed to me because of the fact that I was a woman and the issue was family reunion…. I feel very lucky that I had the opportunity to be out front as an official spokesperson. Women have always had to be too much in the background.”
Jean Lumb
Jean has a long list of accomplishments, many of which were firsts for a Chinese-Canadian, a woman, and a restauranteur. Throughout her life she did extensive work in the Chinese community, including establishing the Chinese Community Dancers of Ontario. She was also the first Chinese-Canadian woman on the Board of Women’s College Hospital. Jean was the first Chinese-Canadian woman and the first restauranteur to be appointed to the Order of Canada (1976). A year later, Jean received the Queen Elizabeth II Silver Jubilee Medal and the Governor General’s Award.
OTHER LANES TO EXPLORE
Old Post Office Lane
Al Green Davisville
Memory Lane East end
Bistro Lane Yonge and Wellesley
Galipo Brothers Lane College St.
Luttrell Loop Lane, Paul Estrala, Angelone Danforth
Frank Kovac Lane Harbord
Biscuit, Reverend Porter, Chechalk Downtown Yonge
Alan Powell and Art Eggleton Lanes  Harbord
Boys of Major, Peperonata, Jewish Folk Choir Lanes Harbord
Ice Cream Lane Danforth Ave.
Ching, Ditty, Leader Lanes Downtown
Posted by Jackie McGuinness at 7:45 AM