Some random drive by photos. 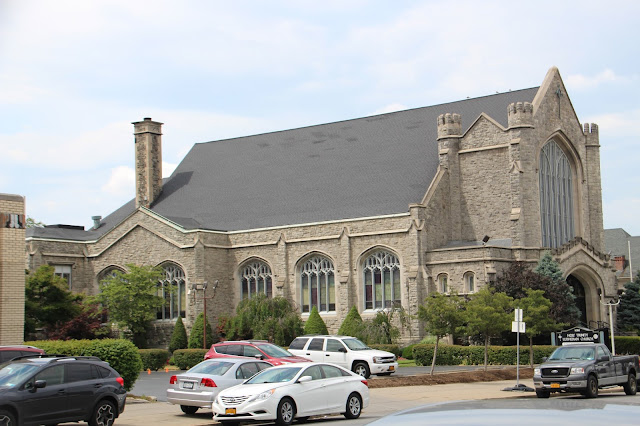 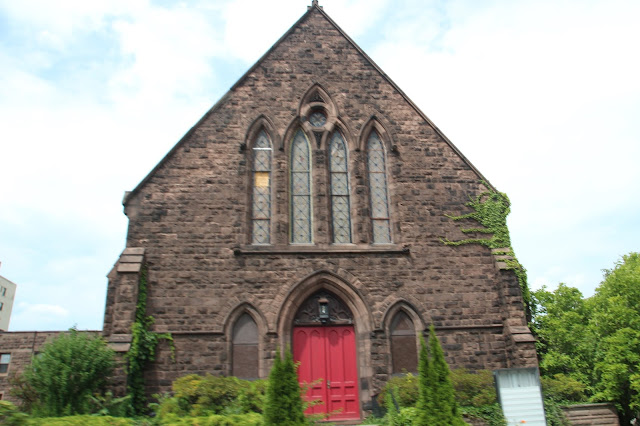 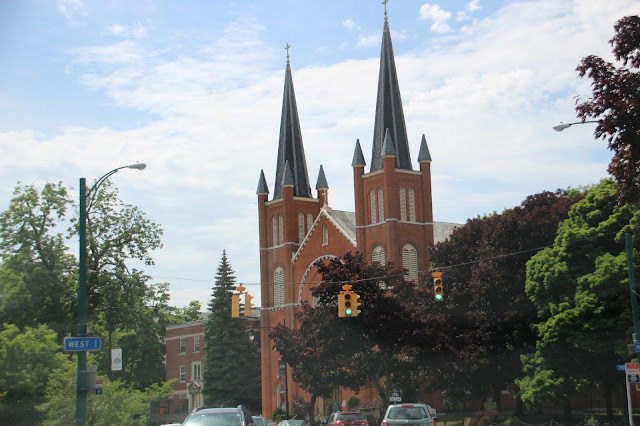 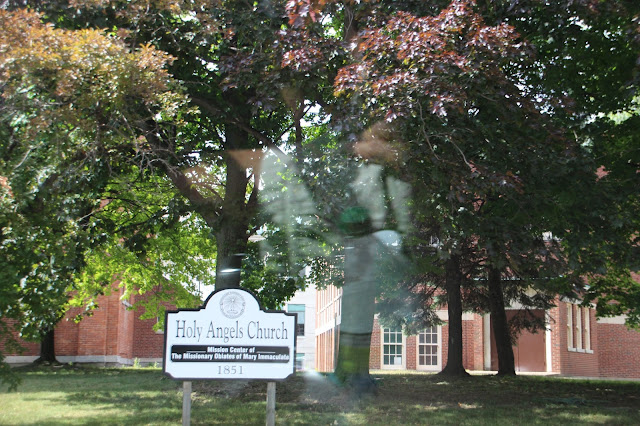 At the request of Bishop John Timon, who had recently organized the Diocese of Buffalo, missionaries from the Oblates of Mary Immaculate arrived in 1851 to establish a seminary and college at the site of today's St. Joseph Cathedral rectory on Franklin Street.


It quickly became clear a larger facility was needed. The site of the present-day Holy Angels Church was purchased in 1852, where two abandoned buildings (formerly the county poorhouse and insane asylum) were converted into a college and chapel.


In 1856, construction began on a permanent house of worship, which was dedicated by Bishop Timon in 1859, although it was incomplete. In 1874 work was started on the transept, sanctuary and choir, completing the building's modern appearance a year later.


Renovations to the interior in 1898 added marble side altars, a marble mosaic floor in the sanctuary, and hand-carved Stations of the Cross. Two Tiffany stained glass windows were installed by the main altar. These windows were displayed at the Pan-American Exposition in 1901. 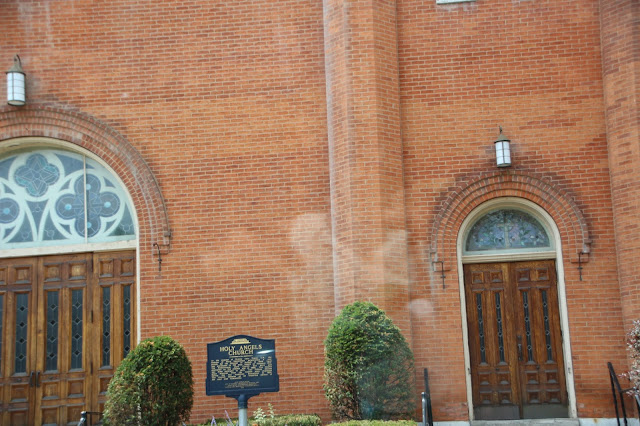