Racing the Train
The old Nipigon CP Railway station built in 1929, existed on mid-Front Street.
It was demolished in October 1982 despite a valiant effort to save it by a local committee.
Painted by Dan Sawatzky, July 16, 1992 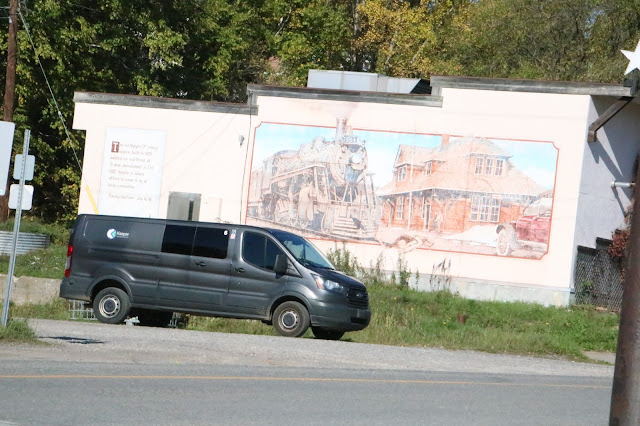 Zechners
This mural depicts Mr. Zechner returning with a full truck from the blueberry patches, 1937. He would make a run three times a week to a Duluth winery. 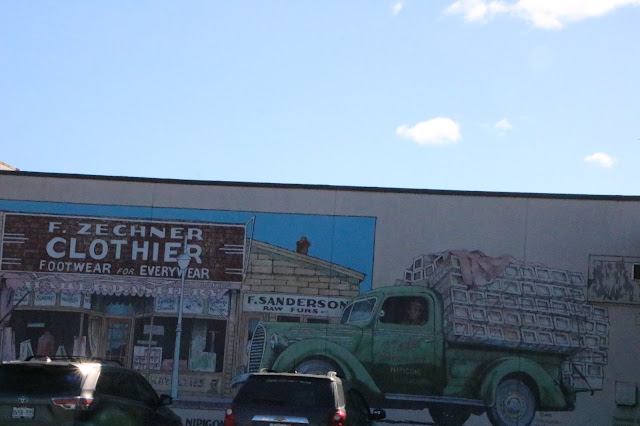 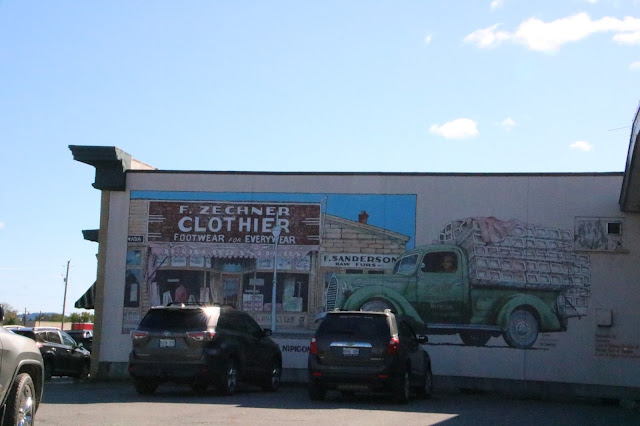 Log Drive
After WWII, the pulp and paper industry boomed & the Nipigon River was one of many area rivers used to drive logs downstream to the waiting mills.
. 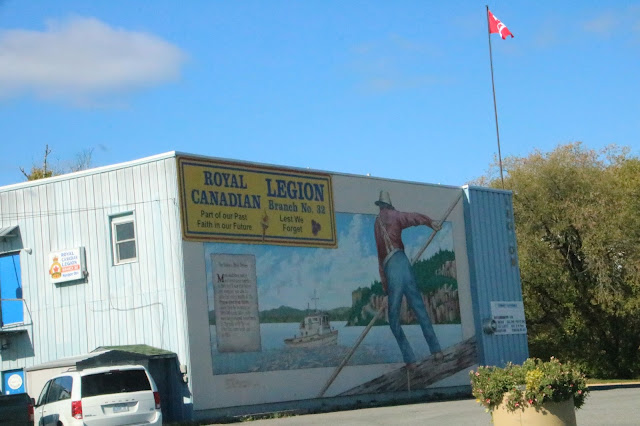 Posted by Jackie McGuinness at 6:01 PM