Born in 1743 in Albemarle County, Virginia, Thomas Jefferson would become one of the most dedicated advocates to the advancement of liberty. At only 33 years old, Jefferson drafted the Declaration of Independence while serving in the Continental Congress. He also wrote a bill establishing religious freedom, which would be enacted in 1786. Other illustrious titles held by Jefferson include that of Secretary of State under then President George Washington, and by a flaw in the Constitution, Vice President to opponent John Adams. Perhaps his greatest accomplishment as President, Jefferson purchased the Louisiana Territory from France for $15 million. Jefferson’s statue, which stands at the corner of 7th St. & St. Joseph St., depicts him writing the Declaration of Independence. 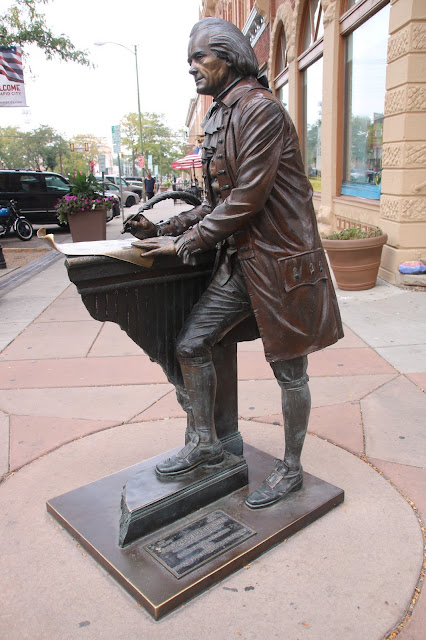 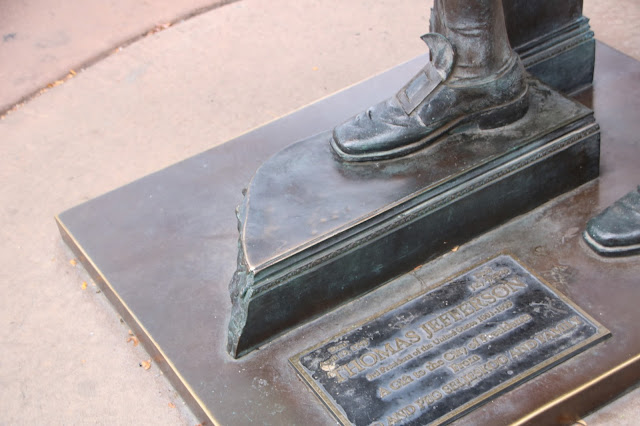 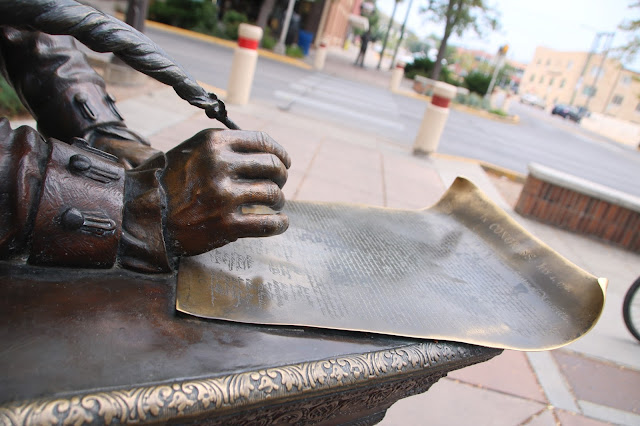 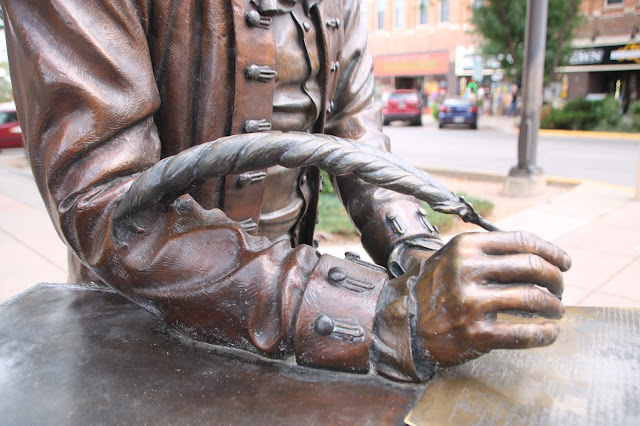 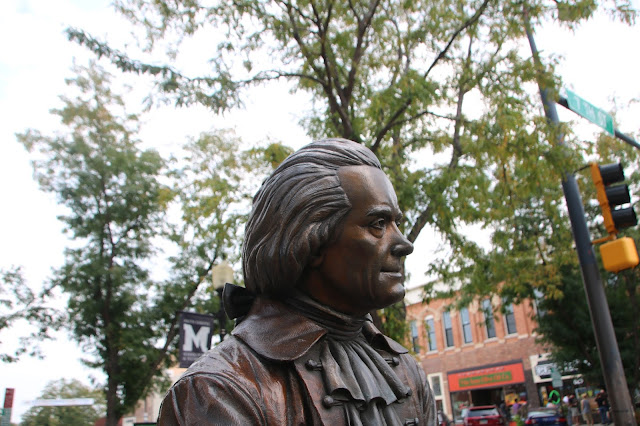 39 Carter
Posted by Jackie McGuinness at 1:00 AM