The administration of Richard Nixon was one filled with important events, as well as regrettable scandal. President Nixon ended the war in Vietnam and the draft, and perhaps most importantly, improved relations with both the U.S.S.R. and China. The statue of Nixon, located on the corner of 5th St. & St. Joseph St., depicts him in a Chinese-design chair, sitting with the "power posture" of his hands, apparently in intense negotiation with Mao Tse-tung (Zedong). Born in California in 1913, Nixon would lose a Presidential election in 1960 and also lose a race to become Governor of California in 1962 before becoming the country's 37th President. On August 8th, 1974, President Nixon resigned after facing certain impeachment, stemming from allegations surrounding the "Watergate" scandal. Nixon was eventually pardoned by President Gerald Ford. 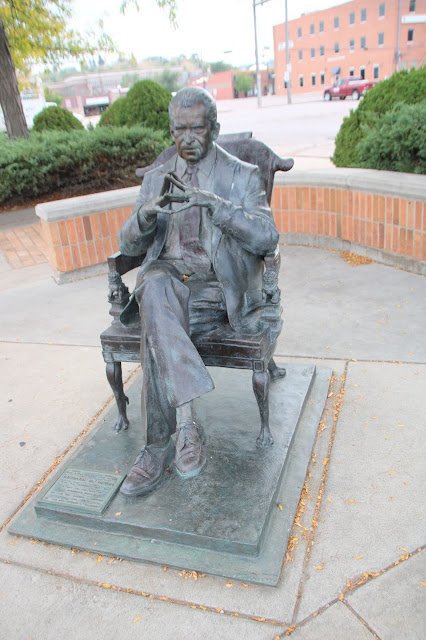 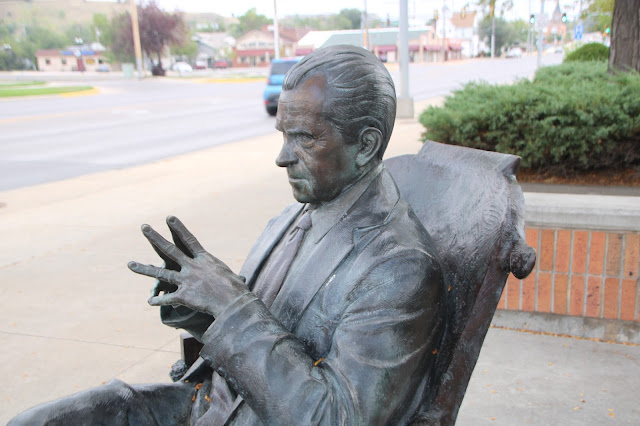 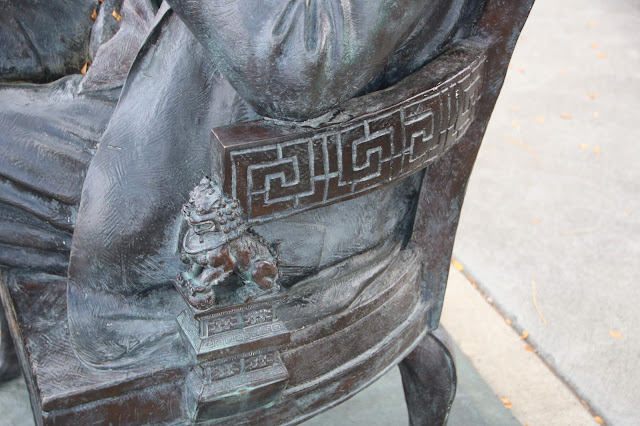