Starts with O - Outside this week we had snow!! Really it is April! So I was up in the club at our condo and snapped this photo overlooking Lake Ontario. 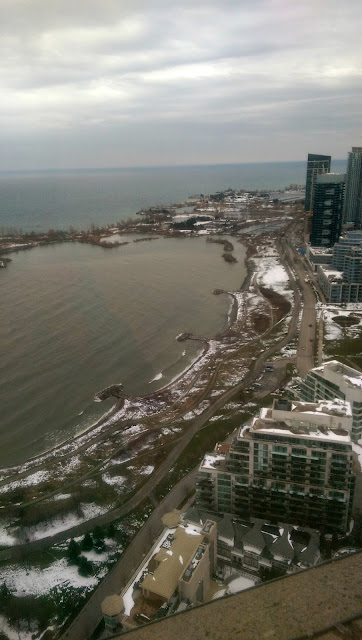 Week's Favourite - I was playing around with the mirror option in Picmonkey and came up with this. It is a sign for the city of Tlaquepaque in Mexico. 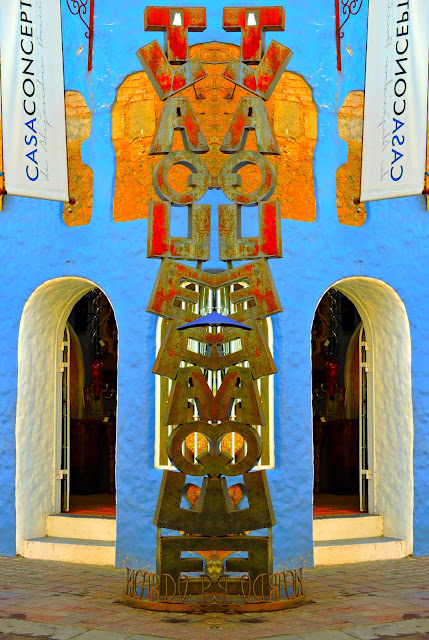 Spring or Fall - well it is more like winter here at the moment. I was anticipating the cherry blossoms appearing in early April, but not sure now. So I am posting a photo from a couple of years ago hoping it might make me feel more springlike.

On April 1, 1959, Japanese ambassador to Canada, Toru-Hagiwara, presented 2000 Japanese Somei-Yoshino Sakura the on behalf of the citizens of Tokyo, Japan as a gift to the citizens of Toronto for their support of Japanese-Canadian refugees after the Second World War. Many of the trees were planted along High Park Trail and around Grenadier Pond which to this day stands as the most impressive grove of sakura // cherry blossom trees in the park and city.

The blossoms attract thousands of visitors, this photo was taken on a weekday!!!

There are 30 trees on Toronto Island and attracts far less people. 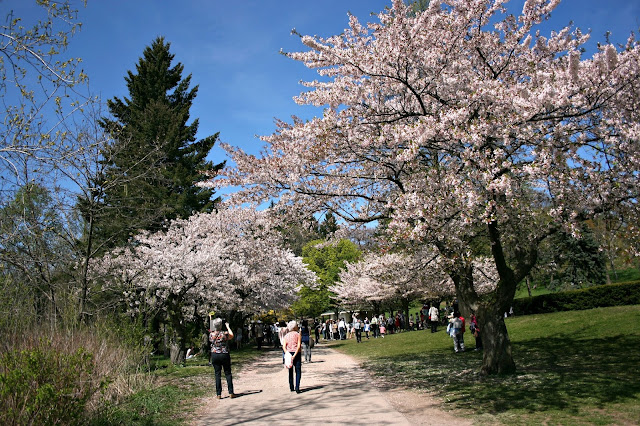 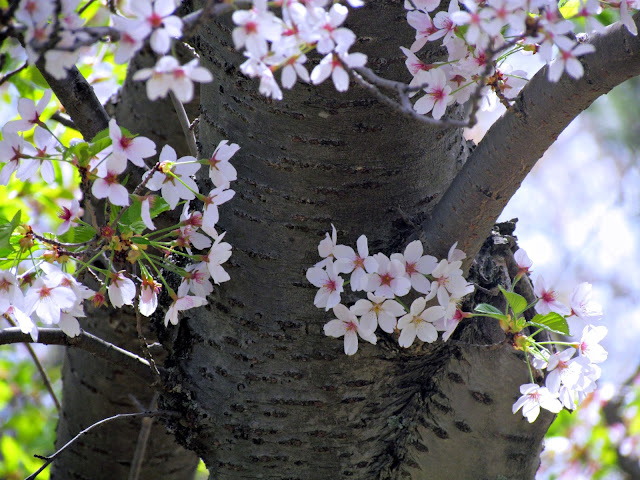 Posted by Jackie McGuinness at 3:18 PM