I'm linking up at Signs Signs.

And at Wednesday Around the World 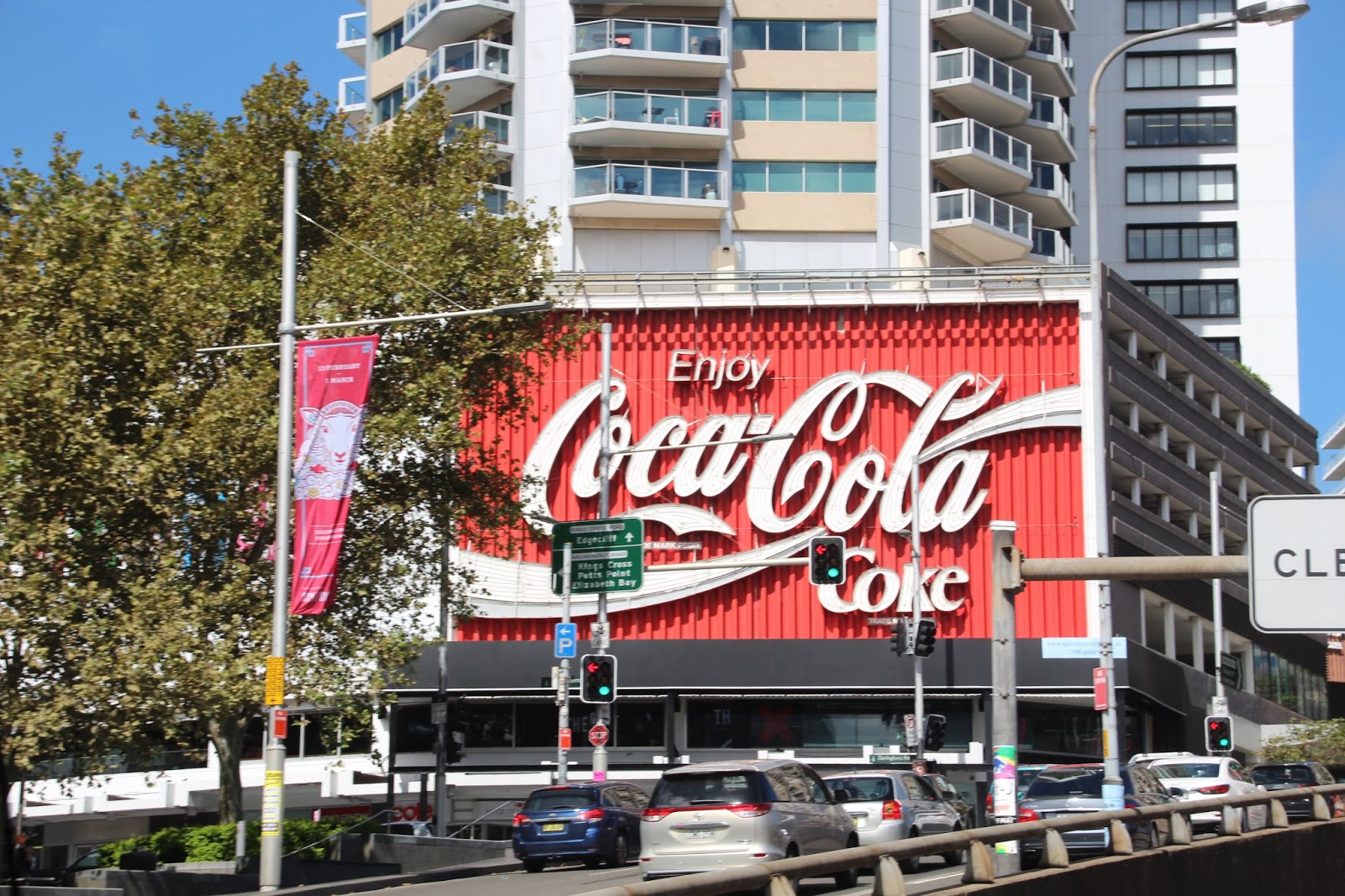 The Coca-Cola Billboard in Kings Cross, Sydney, usually referred to by Sydneysiders simply as "The Coke Sign", is an advertising billboard owned by the Coca-Cola Company, which is more often regarded as an iconic landmark than as an advertisement. Commercially, it is considered to be the premier billboard in Sydney and is the largest billboard in the Southern Hemisphere. It is commonly, though incorrectly, assumed to be heritage-listed. 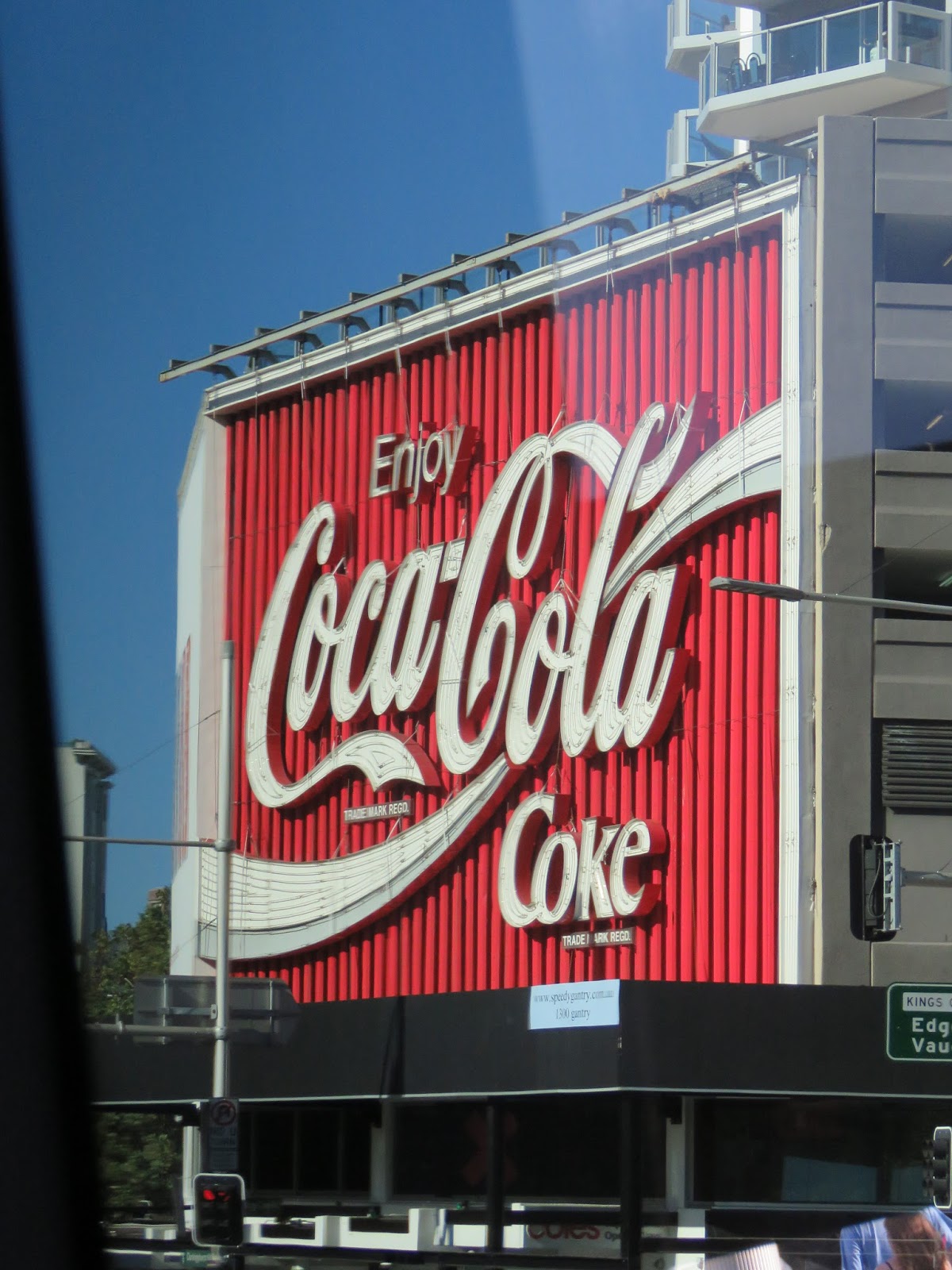 On 31 March 2007 the lights on the billboard were intentionally switched off for the first time, in correlation with the inaugural Earth Hour.

On 23 April 2008, four activists unfurled a banner over the billboard in protest of Coke’s sponsorship of the Olympic torch relay at Kings Cross. The banner read: "Enjoy Compassion. Always Tibet. CHINA - TALK TO THE DALAI LAMA". All four activists were arrested.

On 18 April 2008 Coca-Cola Amatil (CCA, the Australian Coca-Cola licensee) purchased the iconic sign. The Coca-Cola Company (TCCC) had leased the sign since it was built in 1976. CCA and TCCC agreed to maintain the then-existing leasing arrangements.

Posted by Jackie McGuinness at 5:05 PM