Thanks to John for risking life and limb running across Queen St. as a thunderstorm approached to get this mural as I sat in the car!


The Parkdale Plan is meant to bring the people of Parkdale together. It was developed in support of the Parkdale Community Economic Development (PCED) Planning Project, conducted with the Parkdale Neighbourhood Land Trust (PNLT).

The mural represents four core values identified in the plan: inclusiveness, affordability, diversity and equity. It’s also four areas that are at risk due to the rapid gentrification in the neighbourhood.

Mural artists Alexa Hatanaka, Patrick Thompson and Sean Martindale, from PA System spent days creating the mural. At first glance, the symbol is of a sun with two hands coming together beneath it. But as Martindale explains, each part of the mural can be seen in multiple ways.

“The hands can also be seen as the sun reflecting on the water, which also references the lake here. The sun beams can also be read as seeds, which reflect food security and nurturing for the future. If you look at just the top half it looks like some sort of watermelon or some sort of fruit cut in half,” Martindale told the Villager.

Even the colors reflect the large Tibetan and Roma community that call Parkdale home. It was done intentionally to include the groups that make up the fabric of Parkdale. 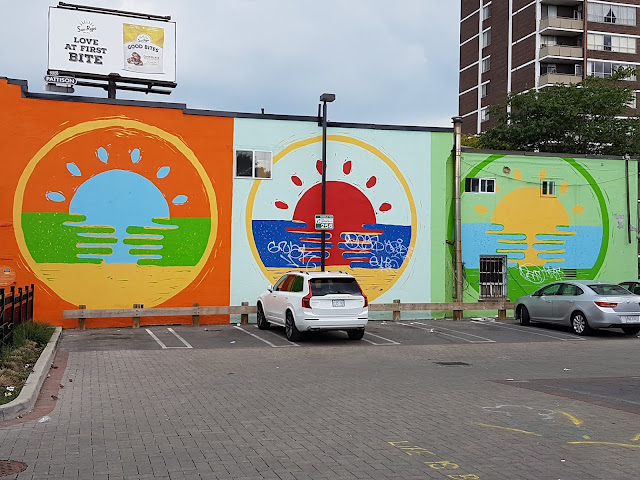 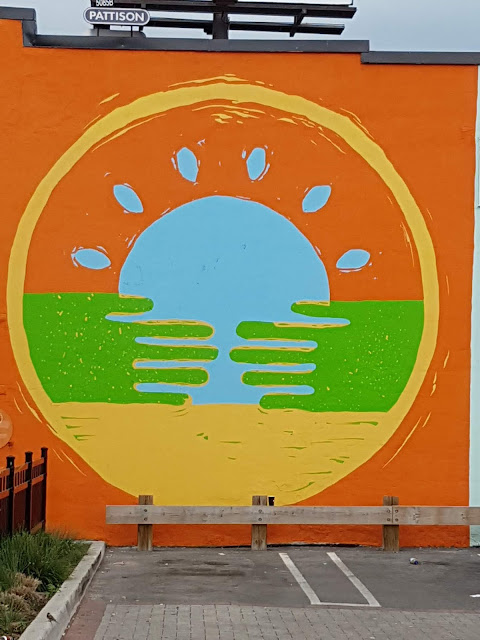 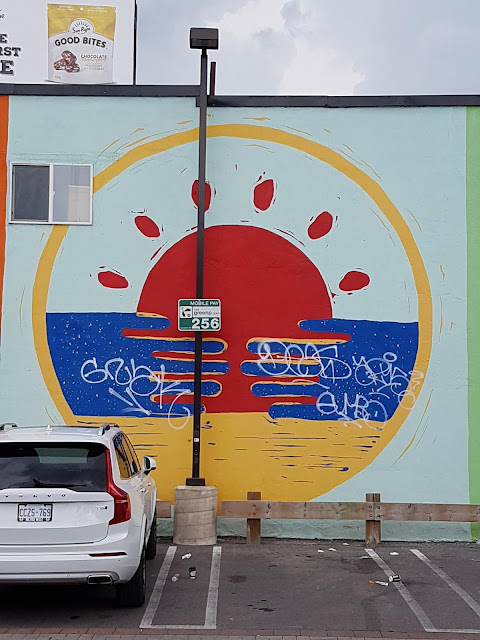 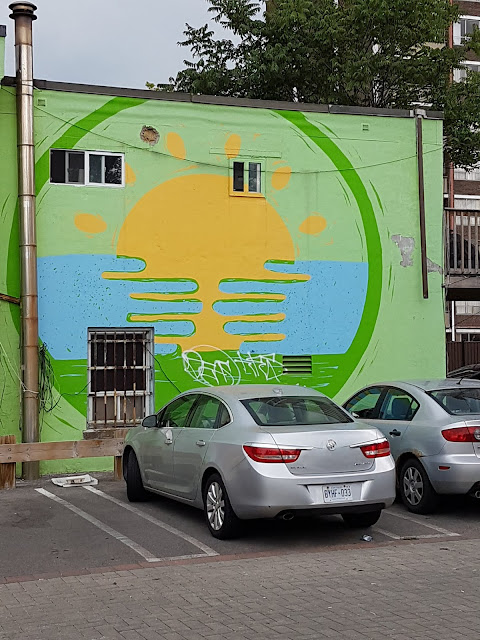