I have been collecting photos of Toronto lanes for a while now with an idea to post them. I will post here on a random basis. 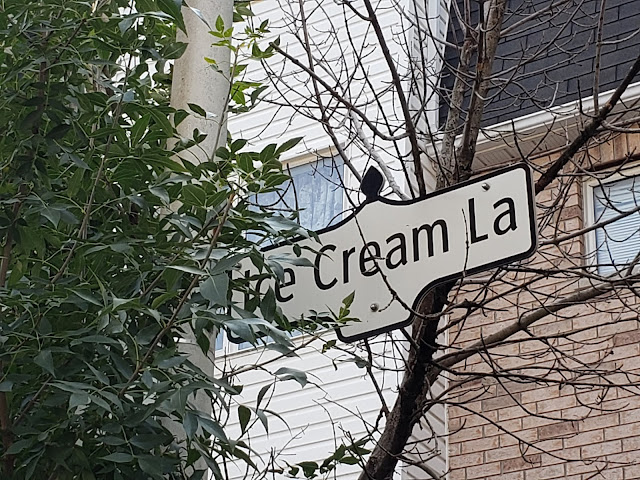 Surely a contender for the happiest lane in all Toronto, Ice Cream Lane off the Danforth at Dawes Road is named for the Maple Leaf Dairy located nearby.
This home owner put his address on his blue garbage bin. 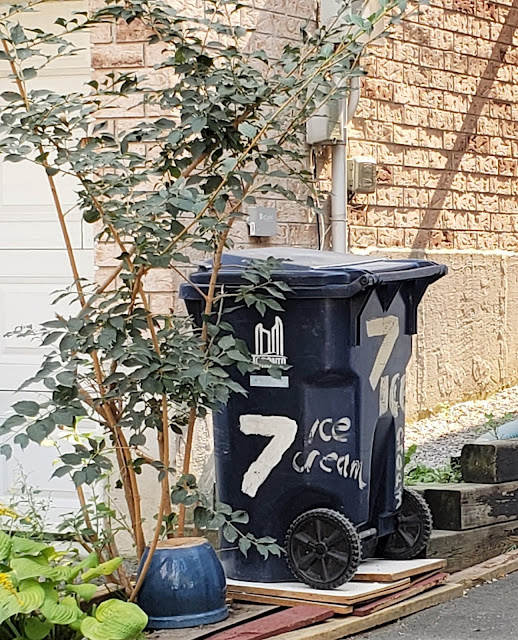 Famous for its outlet store that serves massive portions of fresh ice cream in the summer, the business was founded on St. Clair in the 1930s but moved south in recent decades. 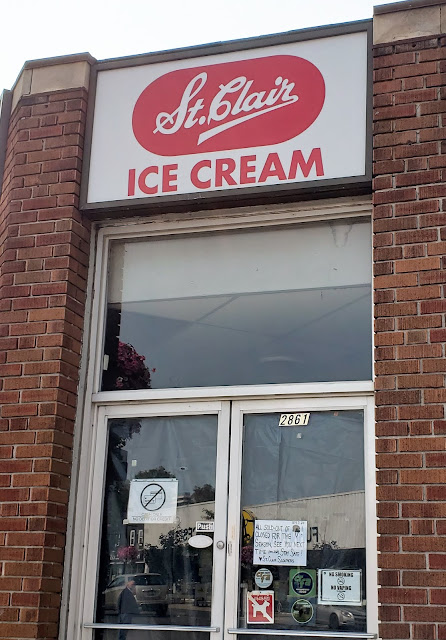 The sign outside - "May All Your Days Be Ice Cream Days" - best sums up the old-school little parlour with its bare-bones wooden interior and the lane it gave its name to.
But, alas, it was closed for the season... 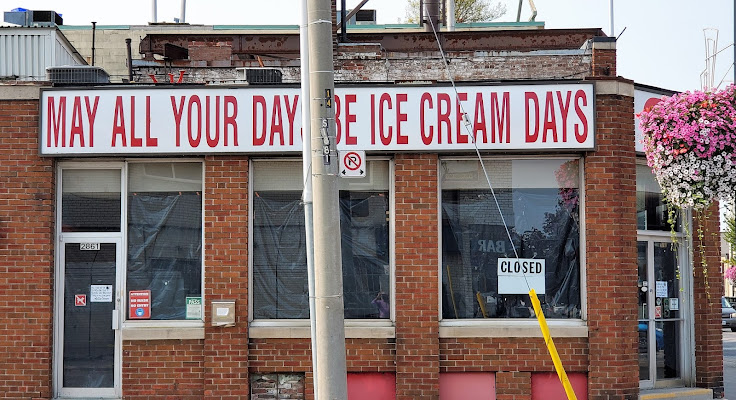