In keeping with the mural tribute to the front line workers I found another on Danforth.

Jessey Pacho has been a professional graffiti artist since 2007, and has since incorporated other artistic elements like portraiture and landscape into his murals. He’s been working with Petro-Canada since 2018, and encouraged them to participate in this StreetARToronto project—they chose to reimagine the side of a gas station near Danforth and Woodbine. Jessey wanted to stick to his roots of graffiti, honouring front-line workers while also paying tribute to the form of artwork that he says has paved the way for much of the public pieces now popping up in the city. He came up with an extensive list of front-line and essential workers, and created a design involving layered lettering, with worker titles sitting on top. Services and personnel from four societal pillars—health care, transport, community service and the arts—are repeated across the mural (the repetition shows how there’s strength in numbers). With a closer look, you can spot jobs like long-term care workers, bank workers, teachers, garbage collectors and transit drivers. 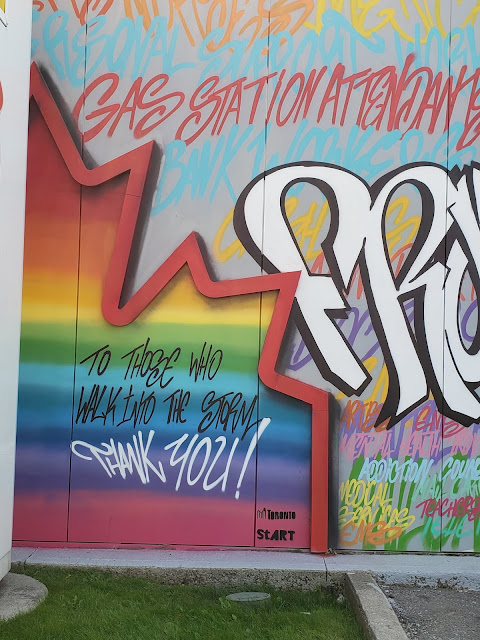 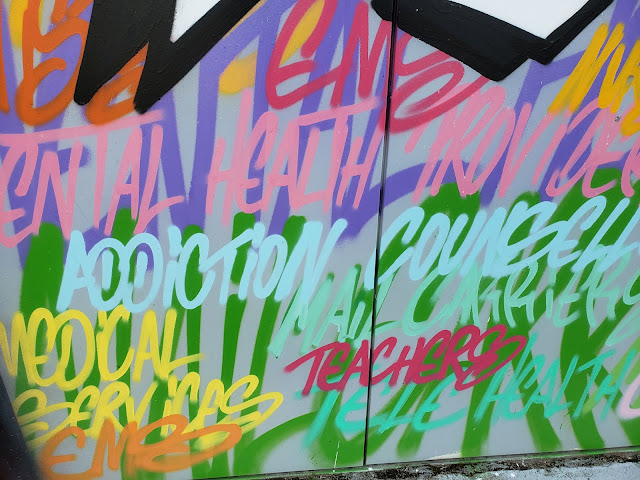 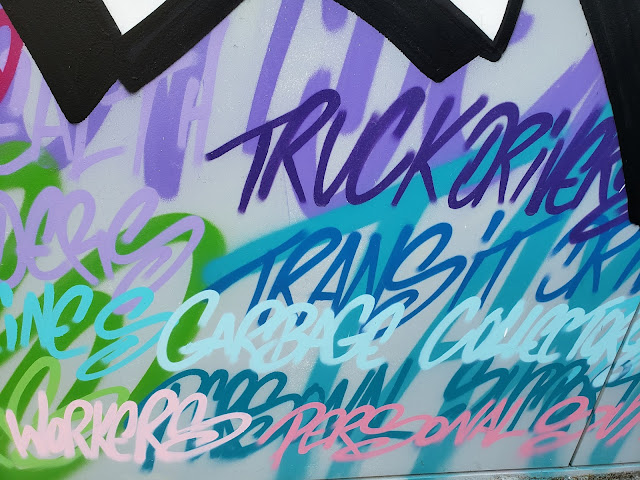 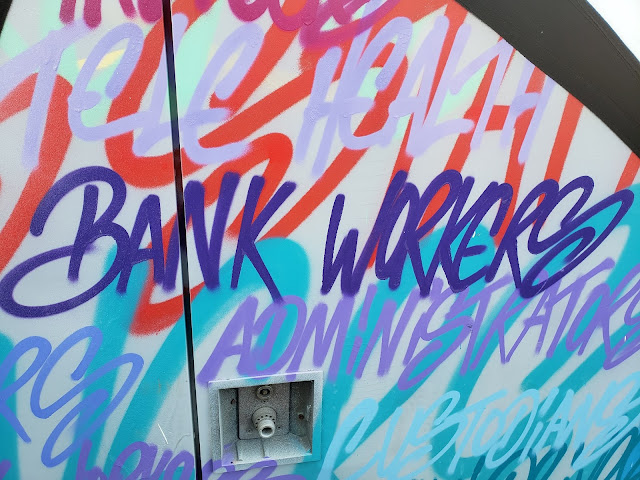