The StreetARToronto Front Line Heroes Project, showcases that Toronto is home to some of the best street, mural and graffiti artists and art in the world. This new series of artworks features street, mural and graffiti art that celebrates Toronto front line service providers including health care workers, volunteers and other heroes responding to the global coronavirus pandemic. Titled “Celebrating Front Line Heroes” the works represent a diversity of essential workers of all ages, genders, backgrounds and professions from mail carriers and grocery store employees to teachers and sanitation workers, as well as doctors, nurses, and first responders, all painted by an equally diverse group of artists.

Rowell Soller is a Filipino-Canadian, multidisciplinary artist born and raised in Scarborough. His practice revolves around traditional painting on canvas, sculpture and murals. He has established a signature style of his own, called ‘Ancient Graffuturism’.
Flips is a Toronto based multi-media artist, life enthusiast and visual storyteller. Inspired by the blending of cultural forces in Toronto and his homeland of Bulgaria, he is best known in the streets of Toronto for his signature Swirl Style, which reflects the philosophy of unity through art in the swirling of color and line. Kreecha is an indigenous multidisciplinary artist with over 10 years experience creating across Turtle island. Heart centred in hiphop; a rich cultural upbringing breathes through his practice of traditional indigenous arts, realism, calligraphy and letter formations. His works draw on legend and the teachings of his elders. 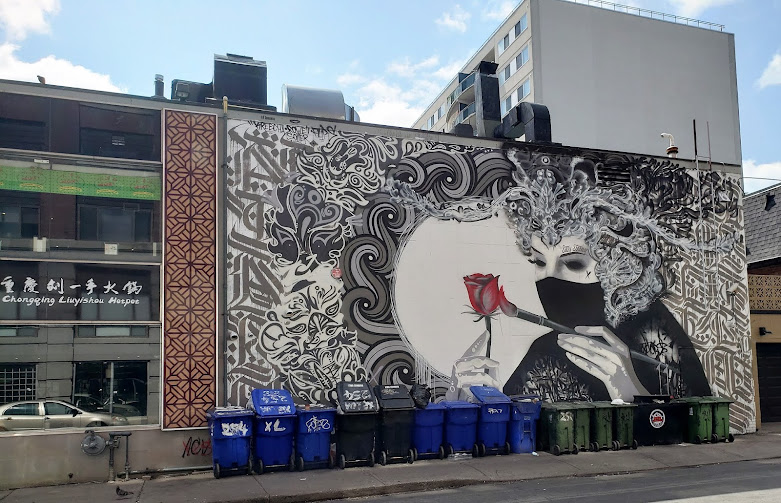 Titled ‘Art is Essential’, this mural depicts a feminine figure painting a rose. Black and white with symbolic elements in red, it represents humanity during the pandemic. The feminine figure (Mother Earth) is is wearing a face-mask. The piece focuses on promoting the practice of creation (art) as a coping mechanism for the stress and anxiety that most feel during this moment in time. Front line/essential workers are honoured in the body of the figure using graffiti style lettering and tags to spell out gratitude for several groups. Antlers symbolize the growth of mind and link to the universe. Two icons represent peace and love. The rings surrounding the rose feature graffiti artist Flips’ signature “Swirl Clusters” (representing community here and now) and the Rowell Soller “Spirit Strokes” (representing the spirits of those who have passed). Script work by Kreecha further expresses gratitude and adds a visual texture that completes the piece. 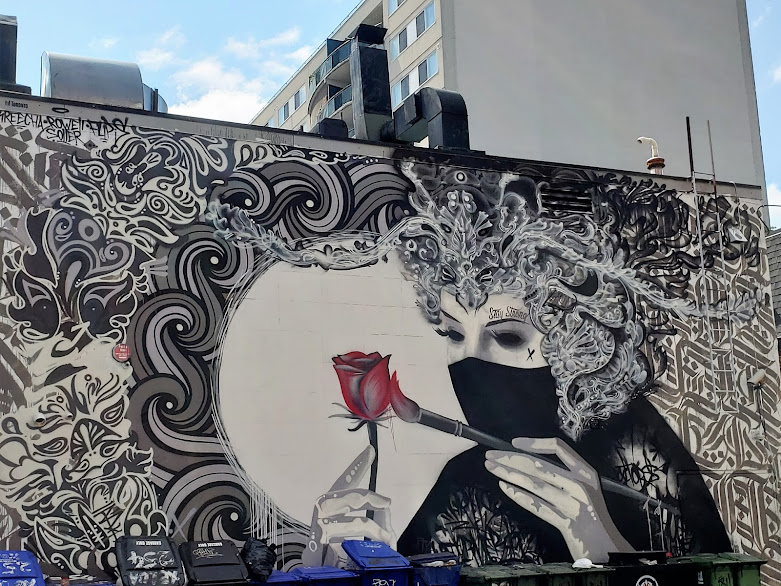 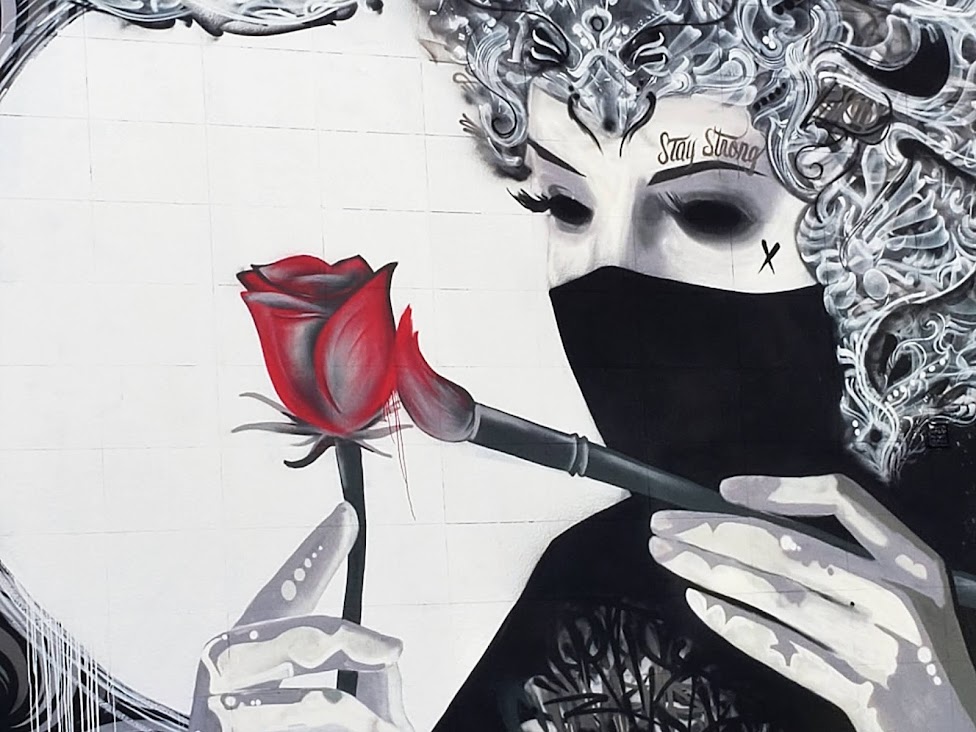