Leonard Norman Cohen CC GOQ (September 21, 1934 – November 7, 2016) was a Canadian poet, songwriter, singer, musician, and novelist. His work explored religion, politics, isolation, sexuality, and personal relationships. Cohen was inducted into the Canadian Music Hall of Fame, the Canadian Songwriters Hall of Fame, and the Rock and Roll Hall of Fame. He was a Companion of the Order of Canada, the nation's highest civilian honour. In 2011, Cohen received one of the Prince of Asturias Awards for literature and the ninth Glenn Gould Prize.


On the one-year anniversary of Leonard Cohen’s death, a massive mural of the famed artist was inaugurated on Crescent Street. 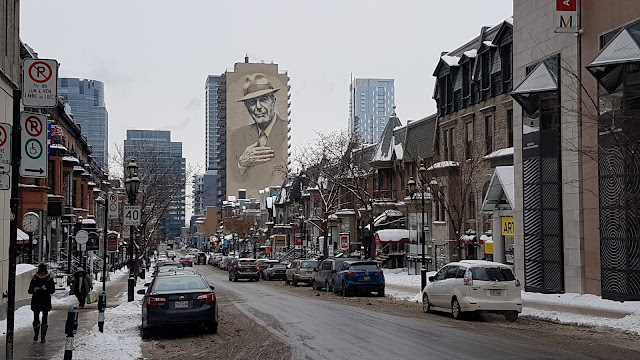 Part of the reason Cohen gave it his blessing was the source material. The mural is based on a photo his daughter Lorca took in 2008. 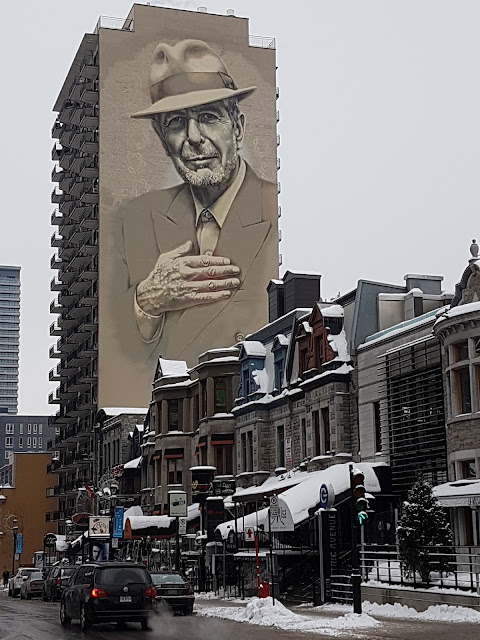 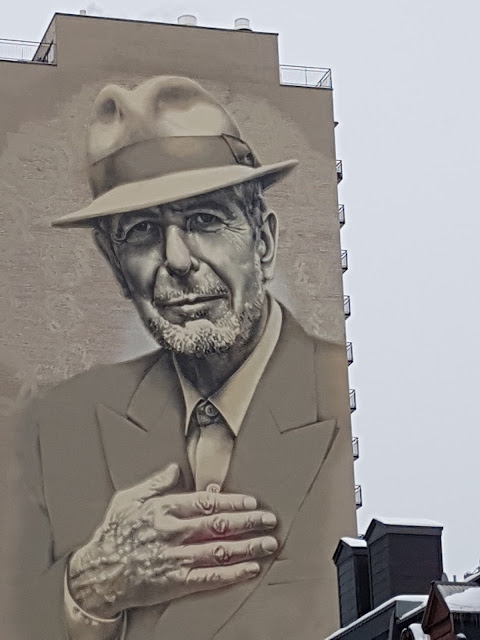 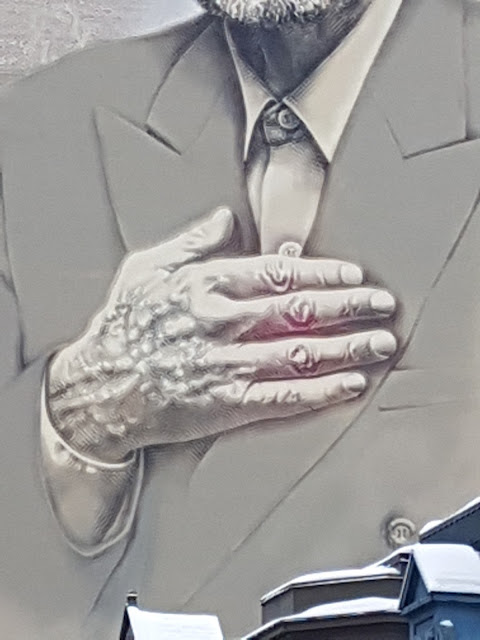 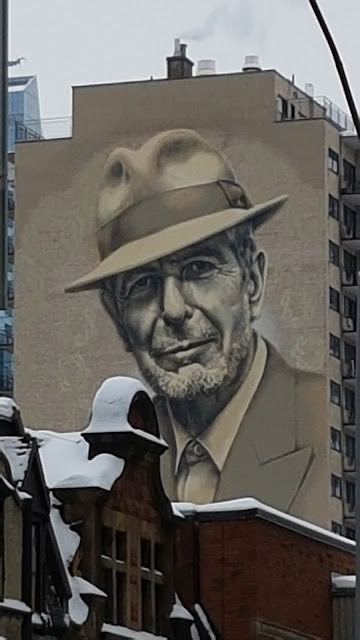 Posted by Jackie McGuinness at 12:00 PM