Saint Mary's Cathedral is the cathedral parish of the Catholic Diocese of Austin. 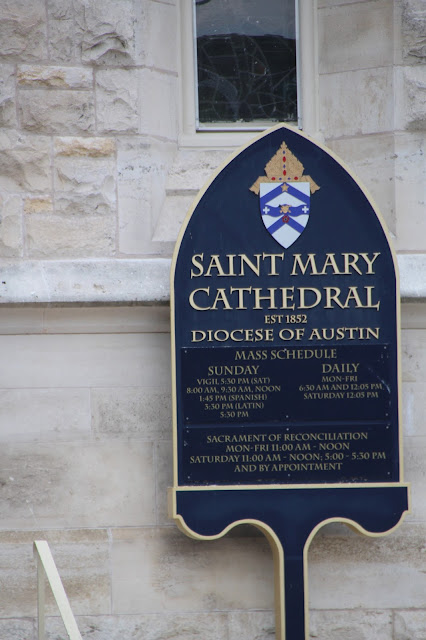 The origins of this church date back to the 1850s when the largely Irish Catholic community in Austin, (originally called "Waterloo"), built a small stone church named St. Patrick's on the corner of 9th and Brazos Streets. It was built of locally quarried limestone.The parish continued to grow, due in no small part to the increase in German Catholics. In 1866, the parish decided they needed a new church and could afford masonry construction. While the Irish preferred that the church retain the name of St. Patrick, the German residents hoped the new church would be dedicated to a patron saint who reflected their heritage. Both sides compromised and agreed that the new church be named in honor of Mary. In 1872, after Austin was made the permanent capital of the state, the parish laid the cornerstone for a new church choosing a location one block north of the original building. At the time, Austin was part of the Diocese of Galveston. St. Mary's was finished in 1874 and dedicated in 1884. St. Patrick's was demolished around 1874. 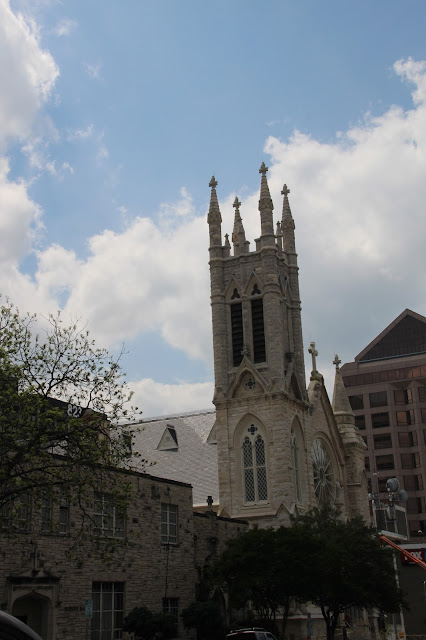 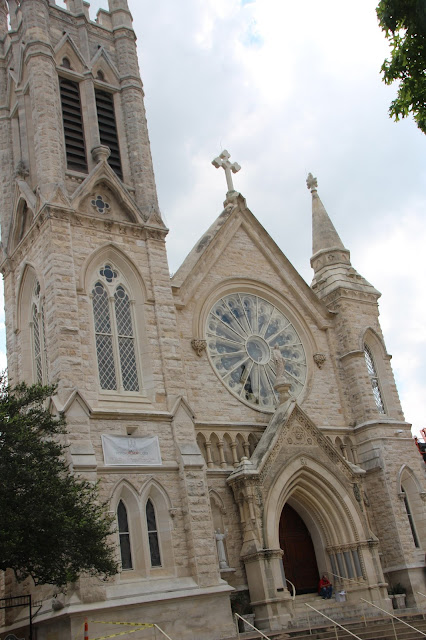 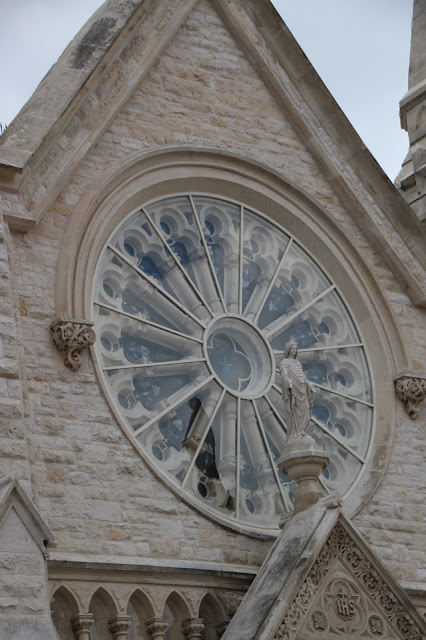 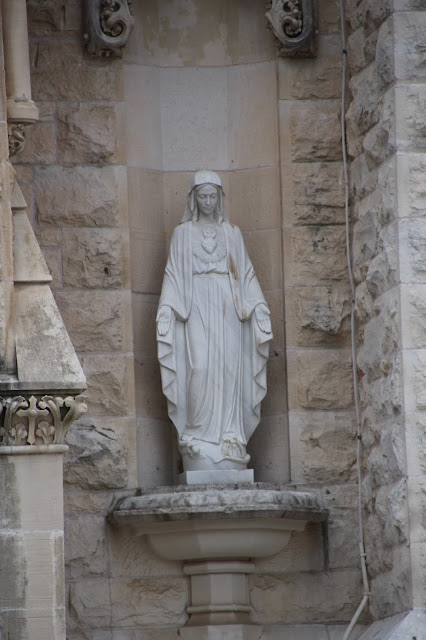