Wednesday's Words - What Comes After a Trillion?

This is a result of a conversation we had with our contractor. 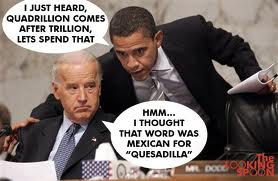 People sometimes ask me the names of the large numbers. Here is a table. The system used in the U.S. is not as logical as that used in other countries (like Great Britain, France, and Germany). In these other countries, a billion (bi meaning two) has twice as many zeros as a million, and a trillion (tri meaning three) has three times as many zeros as a million, etc. But the scientific community seems to use the American system.

600 centillion
Posted by Jackie McGuinness at 1:18 AM