From a day trip to Niagara Falls this week. 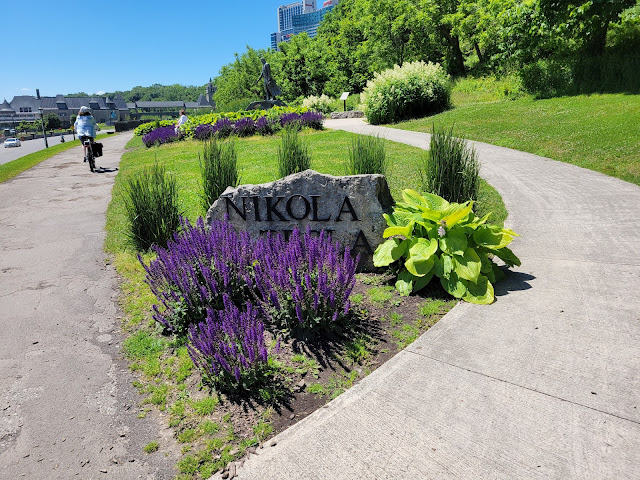 Nikola Tesla designed the first hydroelectric power plant at Niagara Falls, New York which started producing electrical power in 1895. This was the beginning of the electrification of the United States and the rest of the world. Today, Tesla's AC (alternating current) electricity is lighting and powering the globe. Nikola Tesla along with George Westinghouse lit the world.
Now, the inventor of alternating current has a permanent tribute overlooking the Horseshoe Falls at Niagara Falls, Canadian side.
Les Drysdale was the sculptor. Drysdale has done many works around Ontario, click on his name in the labels/tags below this post to see more.

As a boy, Tesla saw a picture of Niagara Falls and told his uncle in Lika, Croatia, that he wanted to put a wheel under the falls to harness the power of the moving water.
Tesla is standing atop an AC motor, one of the 700 inventions he patented. 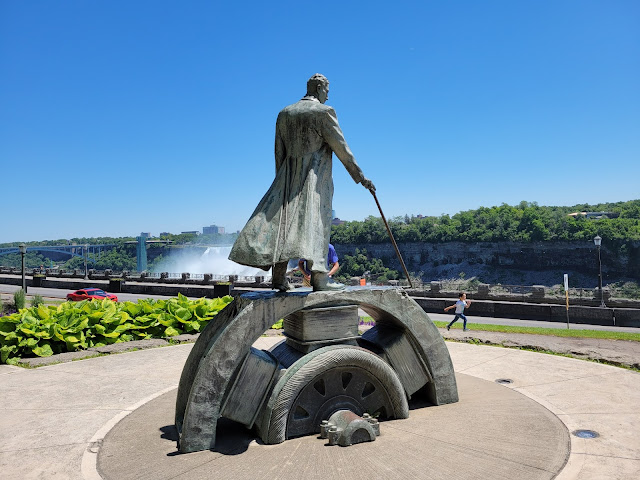 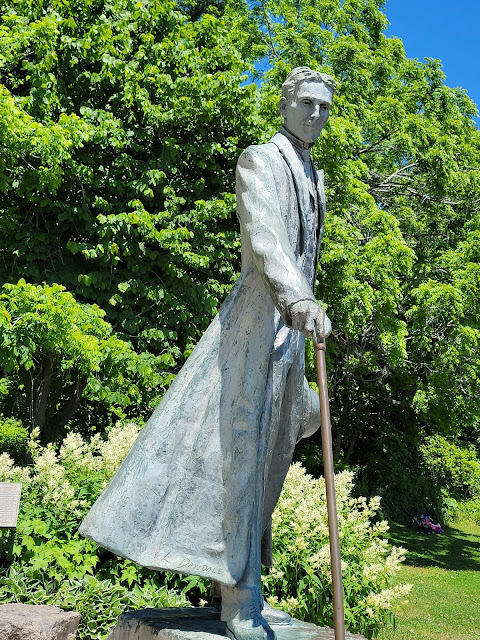 Click on this link and this one to see murals in Hamilton commemorating Tesla.
Posted by Jackie McGuinness at 12:30 AM