The mural, which depicts a Hamilton Tiger-Cat Canadian football player and a tiger overlooking the city’s core from the escarpment, is painted on the south-facing exterior brick wall of Locke St. institution, West Town Bar & Grill.
The 1,050 square foot mural is the brainchild of award-winning Hamiltonian muralist Tim Ninehouse, who has completed 15 murals across the city since 1997. Ninehouse, originally from Holland, grew up in the East End of Hamilton and attended Tiger-Cats games as a child. 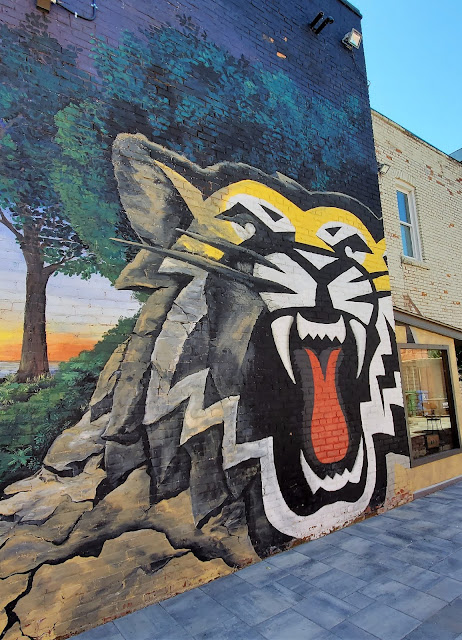 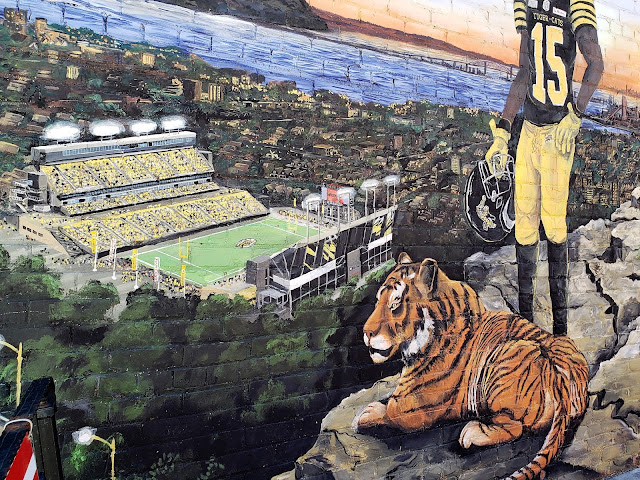 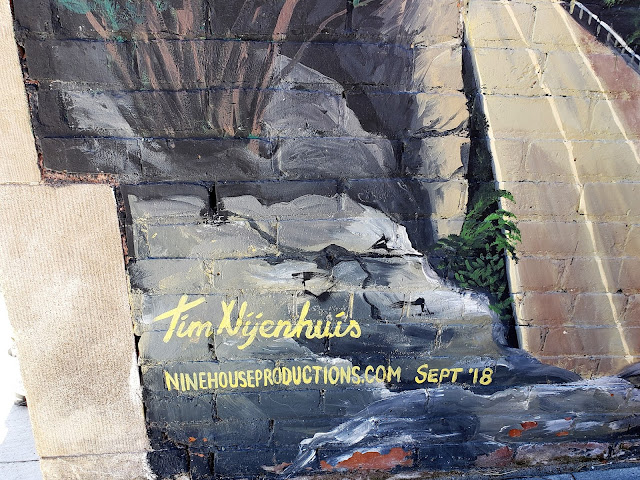 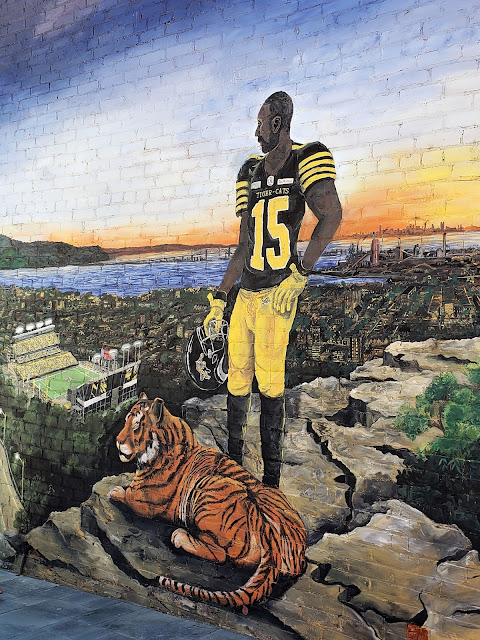 On the side of the Donut Monster - Hamilton-based artist of Vermillion Sands hand-painted this vibrant piece have had their work featured in National Geographic and Oprah Magazine among many. This vibrant and whimsical design includes donuts, monsters, dinosaurs, a dragon and other characters straight from a fairytale.

The little ducks on the bottom right corner represent the Vanderkwaak family, who own the shop. 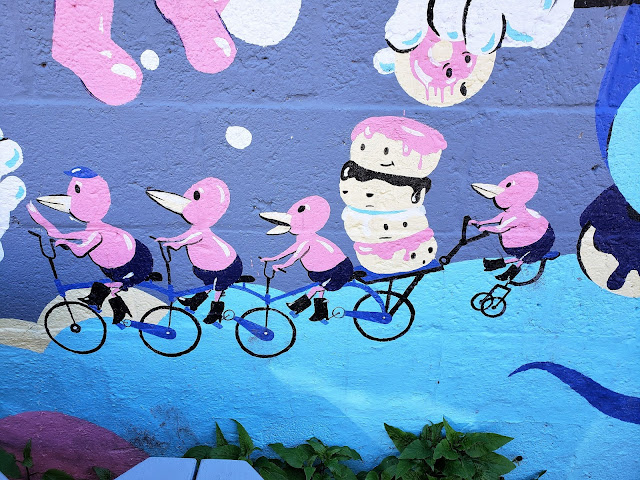 Another new artist to us - Max McKerlie