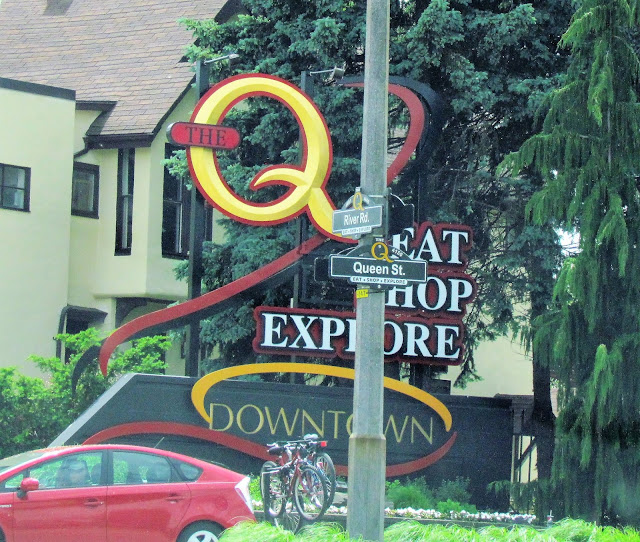 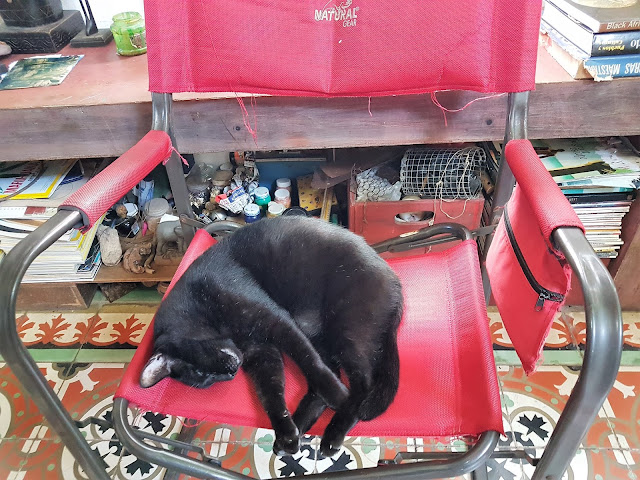 I'm taking a different view on this week's word.

This is The Hung, Drawn and Quartered pub near the Tower of London by London Bridge. 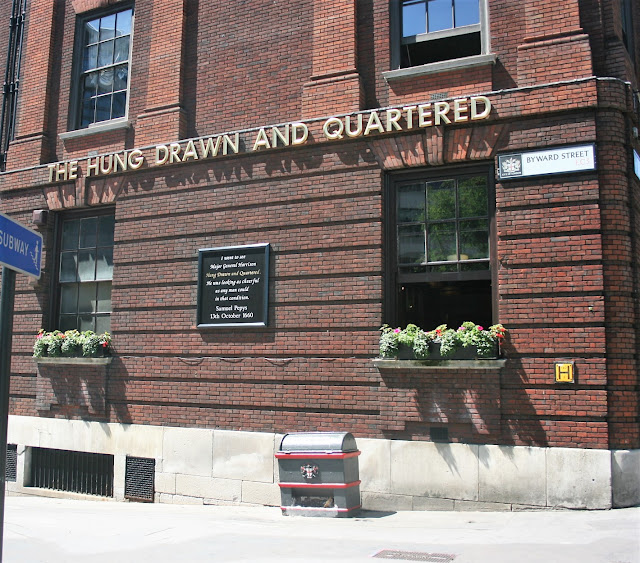 To be hanged, drawn and quartered was from 1352 a statutory penalty in England for men convicted of high treason, although the ritual was first recorded during the reign of King Henry III (1216–1272). A convicted traitor was fastened to a hurdle, or wooden panel, and drawn by horse to the place of execution, where he was then hanged(almost to the point of death), emasculated, disembowelled, beheaded, and quartered (chopped into four pieces). The traitor's remains were often displayed in prominent places across the country, such as London Bridge. For reasons of public decency, women convicted of high treason were instead burned at the stake.

It takes its name from the traditional punishment dished out to traitors of the realm, often on nearby Tower Hill. A quote from Samuel Pepys, describing how he went to see a man subjected to the punishment ("He was looking as cheerful as a man could in that condition") is on a plaque outside. 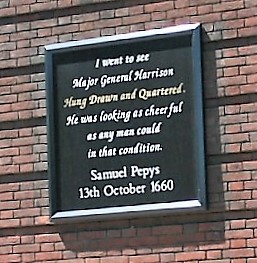