Sally and Beth host inSPIREd Sunday!  Sundays in my City  My Sunday Photo

Organized in April 1837, Immanuel Presbyterian is the oldest continuing congregation in Milwaukee. When its 1874 structure (1100 N. Astor St.) was built, it was touted as the state’s largest Christian church, and one newspaper called it “the most magnificent church edifice ever erected in the West or Northwest.” One of Edward Townsend Mix’s most important commissions, it soon became a major tourist attraction. The limestone structure was accented with dark red and gray sandstone trim, giving it the polychromatic look of buildings in Venice. The congregation could also brag about its original pipe organ, powered by a water motor using available pressure from the street main. In 1887, there was a fire, and the fire engine got stuck in the snow several blocks away. It took six horses to get it out, but by then, the entire inside of the church had burned. After two subsequent reconstructions, the church was completely restored. 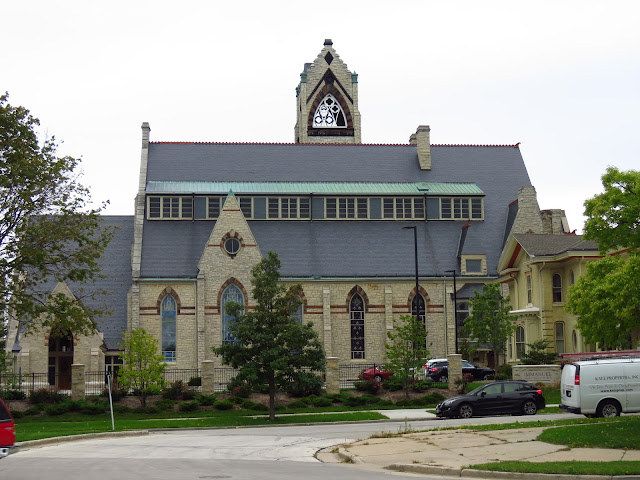 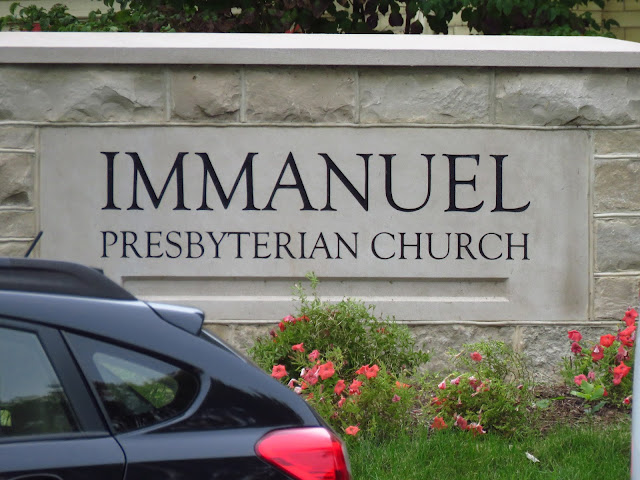 Posted by Jackie McGuinness at 11:02 AM