Macro Monday is hosted by Lisa at Lisa's Chaos.
Macro Monday is easy to play, snap a macro (or any close-up) photo, post it on your blog and come back to Lisa's blog and sign McLinky.


I took these photos last Thursday while in Brookfield Place (formerly BCE Place) from the 32nd floor while there for a meeting.

I researched and found this site call Toronto Plaques which provided the following history.
Upon completion, this 34-storey skyscraper was the tallest building in the British Empire and was praised as the "greatest addition to Toronto's increasing, Manhattan-like skyline." It was designed for The Canadian Bank of Commerce jointly by the Toronto firm Darling and Pearson, and by York & Sawyer, the foremost New York City bank architects of the era. Rising in tiers, the building features richly carved Romanesque Revival detailing and a vaulted Main Banking Hall said to be modelled after Rome's Baths of Caracalla. A popular outdoor observation gallery on the 32nd floor - guarded by great carved heads with flowing beards - gave the public unobstructed city views until even taller office towers were built in the 1960s. After The Commerce merged with the Imperial Bank of Canada in 1961, the building became the head office of the Canadian Imperial Bank of Commerce. 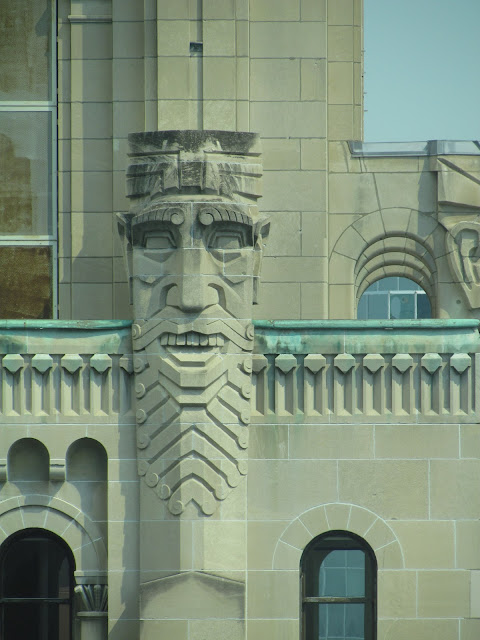 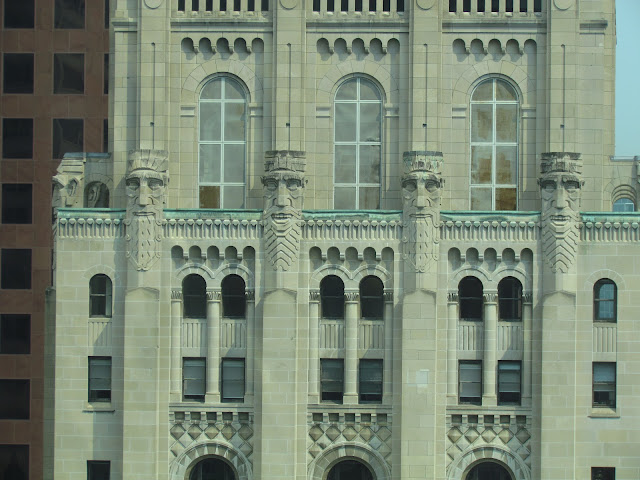