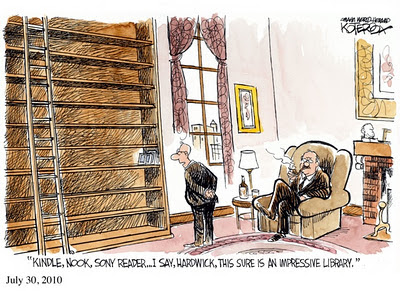 I bought a Kobo Vox at Chapters. I have a Sony e-reader that I bought with points two yers ago. It is a unitasker but was an ok reader. I had always disliked the black on grey font and it would be impossible to read in certain light, especially if it was dark as it has no back light (go figure??).

I got an iPad for my birthday last year and love it for reading and other stuff.
The problem is that we travel so much and now my husband has fallen in love with the iPad for reading as well.
When we were in Nicaragua  last month we both switched back and forth between the iPad and the Sony, but both preferring the iPad.
I buy my books from Kobo books and can load the books on both devices so that we could read the same books.
When we got home we debated between buying another iPad or a Kobo. It really came down to price as the Kobo is only $179 and has internet capability.
On the Chapters website they are some comments about people not liking the Kobo, but we'll give it a try.

I'll put my Sony up for sale as it has eighty books loaded on it!!

However, I left the store and forgot to buy a case for it. While reading my Google Reader I found a blog writer hat had made her own cover from an old book!! I am certainly going to give that a try, it would be so much more fun to make a personalized cover. 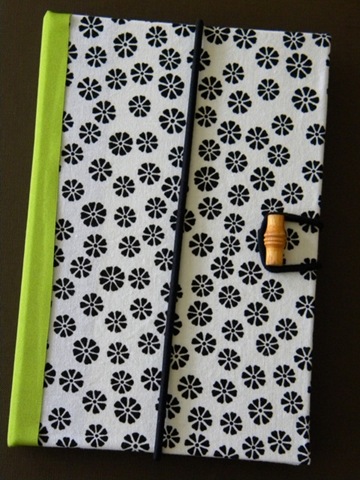 Have I forgot to mention I still have two bookcases of books even though I did a major purge last year??
Posted by Jackie McGuinness at 5:24 PM